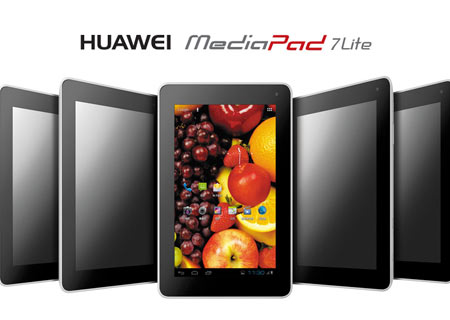 Accompanying the MediaPad 10 FHD is its smaller sibling the Huawei MediaPad 7 Lite which brings forth a sleek design and 3G connectivity for voice calling. That means users will be able to conveniently port it around and access various cellular features including SMS and MMS on the go.

Hidden within its sleek metal unibody shell which measures 193mm x 120mm x 11mm in dimensions, is a Cortex A8 1.2GHz processor which does all the heavy lifting, accompanied by 1GB of RAM. Visuals are delivered through a 7-inch WSVGA capacitive multi-touch screen rendering a resolution of 1024 X 600 pixels. The built-in flash storage is pegged at 8GB and a microSD cards slot is embedded as well, for expansion purposes. 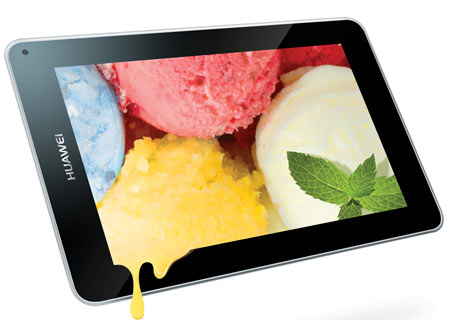 Fitted with dual cameras, a 3.2MP one on the rear and a 0.3MP one on the front, users will be able to capture images, record videos and conduct face-to-face live chats. In addition to 3G speeds of 3.6Mbps in download, it arrives with other connectivity features such as Wi-Fi 802.11n and Bluetooth 3.0. The slate weighs a total of 370 grams that’s inclusive of the 4100mAh Li-poly battery.

The Huawei MediaPad 7 Lite price hasn’t been listed out officially, but the company notes that it has already hit availability in locations such as South Africa, China, Russia, Philippines and Taiwan.