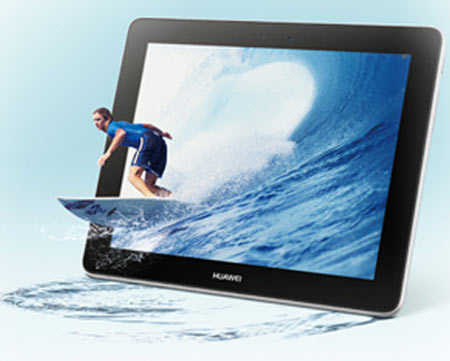 Huawei brought a new tablet, the MediaPad 10 Link in India and it has already been put up for pre-order in the country with a price tag reading Rs 24,990. Its exact availability details are yet to be confirmed by the China-based company, but a certain e-retailer has revealed that the slate’s release date has been pinned for sometime in the first week of June.

The MediaPad 10 Link is available with EMI schemes through Flipkart, but those who wish to make the most of this zero percent interest offer will have to book the device on or before May 31, that’s tomorrow. Prospective customers who sign up for this deal will have the option of paying up the aforementioned amount within a span of three, six, nine or twelve months. 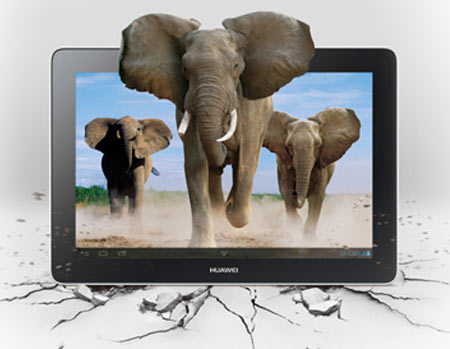 Interested users can expect the MediaPad 10 to launch several applications at the same time as a Hisilicon K3V2 Cortex-A9 processor with four cores is embedded into it. This chipset can clock in a maximum speed of 1.2GHz and it works in tandem with 1GB of LPDDR2 RAM to maintain smooth navigation. And as far as the OS is concerned, it goes without saying that the device tags along an Android certification. The slab takes advantage of the Jelly Bean 4.1 platform and the OEM hasn’t mentioned anything about an OTA update for its latest version.

In case 16GB of internal storage is not enough, the MediaPad 10 permits increasing its memory using a microSD or SDHC card of up to 32GB capacity. A capacitive touchscreen measuring 10.1 inches dominates the front side along with a 0.3MP webcam, whereas the back side plays host to a 3MP snapper. The HD IPS display manages to render visuals in a resolution of 1280 x 800 pixels. 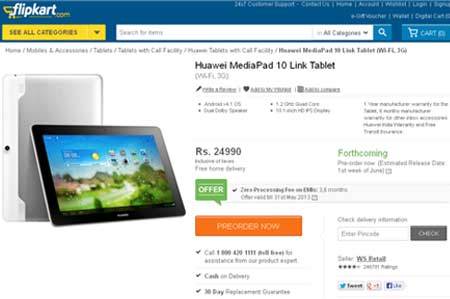 All of these features and components can be found crammed into the tab with dimensions of 257.4 x 175.9 x 9.9 millimeters. It tips the scales at 640 grams. The gadget loaded with all the essential connectivity and entertainment attributes, hides a 6600mAh lithium-polymer battery under the hood. It can cough up the juice for internet browsing time of approximately 8 hours, while its standby time is said to be of around 600 hours.

And for refresher’s sake, the Huawei MediaPad 10 Link can now be pre-booked through Flipkart for a price of just under Rs 25,000. 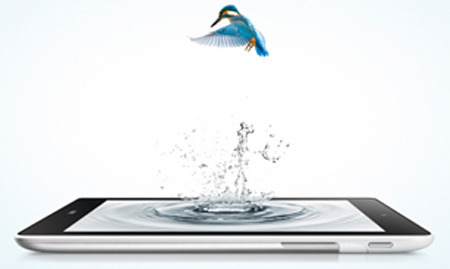 Key specifications of the device at a glance: