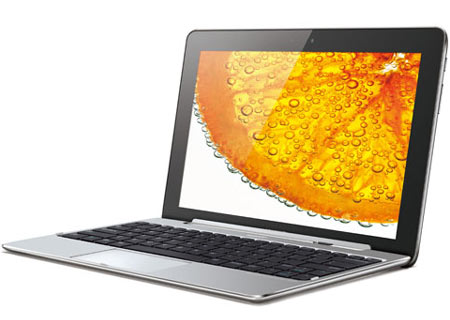 The Huawei MediaPad 10 FHD which previously showed up at the MWC 2012 has made its second appearance, and this time with more specific release date details. The Wi-Fi only version of the tablet is already available in the China and it will commence shipping globally starting this month.

A full Android Ice Cream Sandwich experience is delivered through a 10.1-inch 1920 x 1200 IPS touchscreen proffering an aspect ratio of 16:10. The processor here has been bumped up to a quad core K3v2 Cortex-A9 SOC which clocks in at 1.4GHz and packs a 16-core GPU. An 8MP AF camera takes a spot on the rear with 1080p video capture, while a 1.3MP front-facing snapper caters to video conferencing.

“Most consumers use tablets for entertainment purposes such as gaming, viewing multimedia content, browsing the internet and reading e-books,” comments Richard Yu, Chairman of Huawei Device. “We have created the MediaPad 10 FHD to be extraordinary – to excel in all of the entertainment capabilities including speed, power, web-browsing, high definition display and audio, and packaging it all in a compact and sleek body.”

The device doesn’t fall short of entertainment features with 5.1 Dolby surround sound and a dual speaker design being employed for rich audio output. And apart from Wi-Fi and 3G versions, the company has a 4G LTE variant up its sleeves as well. Tucked away within its sleek 8.8mm aluminum-alloy form factor is a 6600mAh battery that can deliver up to 10 hours of activity. To boost productivity, users can couple the Huawei MediaPad 10 FHD with the optional keyboard add-on that provides HDMI output, and Ethernet access through a USB adapter cable.

The Huawei MediaPad 10 FHD price hasn’t received any mention as yet. And going by the release date details, it’s expected to launch globally this month starting with Germany, Sweden, Russia, Belarus, Korea, Bahrain and Kuwait followed by various other markets.