Huawei’s MWC 2017 event saw the unveiling of the P10 and P10 Plus, continuing the brand’s photography-centric approach to flagships with a renewal of its partnership with Leica. The company has also announced the arrival of the new Huawei Watch 2 and Huawei Watch 2 Porsche Design.

The P10 and P10 Plus look similar to its previous variants. Differences can be found in the fact that the two are apparently the first smartphones in the world to feature a hyper diamond-cut finishing for added brightness and strength. The handsets will also be available in high gloss and sandblast finishes.

Starting off with the Huawei P10, the offering is priced at EUR 649 (about $687 or Rs 45800). The device comes with a 5.1-inch 1080p screen that is part of a continuous pane of glass on the front. The design has pushed the fingerprint sensor underneath the panel, replacing the navigation bar and enabling smart touch gestures.

The rear surface of the handset makes room for Leica-branded dual cameras composed of 12MP RGB and 20MP monochrome sensors. The module allows for abilities like bokeh effects via a new depth-of-field algorithm and studio-esque re-lighting and beautifying effects for portraits courtesy 3D facial detection technology. 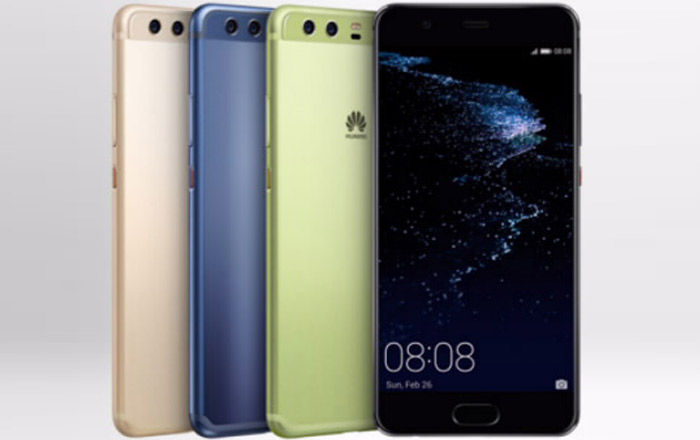 Even the 8MP front-facing shooter has gotten the Leica stamp of approval and supports the above mentioned portrait features. It’s been enhanced with an f/1.9 aperture and improved sensor to let in more light. It’s additionally supposed to detect when a person is taking a selfie with multiple people and automatically switch to wide-angle mode.

Common specifications of the Huawei P10 and P10 Plus: 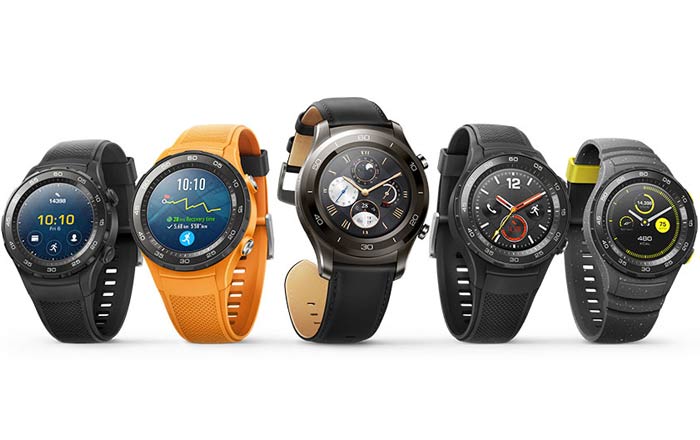 Finally, the 1.2-inch Huawei Watch 2 is the brand’s first wearable since 2015. It features a number of upgrades over the original and will be available in Classic and Sports options. The former is made out of metal, while the latter goes for plastic. Common highlights include Android Wear 2.0, NFC support, GPS and heart rate sensors, a 420mAh battery, and LTE connectivity.

The Huawei Watch 2 will hit stores at EUR 329 (approx $348 or Rs 23200). The company’s new products will arrive in over 20 countries worldwide starting from March.