Huawei Ideos U8150 Review: A modest smartphone easy on the pockets 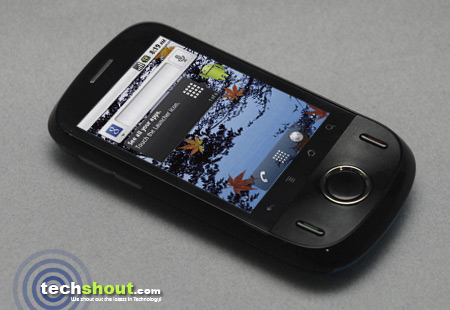 It’s not like Apple holds the leash as far as touch is concerned, but there definitely is something about products from those quarters that have technology lovers besotted. But for those who couldn’t see themselves taking a bite of Apple’s various offerings, Android did feel like the best thing to happen in techdom. Look around and there’s a crowd of devices based on Google’s platform at a much affordable price waving right back at you when you’ve probably made up your mind to go the other way. Take for instance the Huawei Ideos U8150 that we had at our review labs over the week. It was launched around September 2010 and dropped by India only in late February this year. It had the ‘cheapest Android phone available’ tag to back all your regular Android attributes at a glance. Well, read on to know if it really is a ‘great phone at a great price’.

The Huawei Ideos U8150 came in a rather nifty packaging that included a warranty card, safety information, quick start guide, 2GB microSD card, charger cum USB cable and 3.5mm earphones. On the face of it, the handset looks quite enticing with its simple yet elegant frontal appearance. A turn around and the aqua blue color it’s painted in has us in second thoughts. It had the speaker grill next to the camera lens and the Google branding too on this side. Back to the front and right below the 2.8” capacitive touchscreen are four touch-enabled shortcuts for Back, Options, Home and Search functions. The screen and its bezel are both overtly smudge and fingerprint friendly. The base holds physical buttons for call answer and call end on either sides of the circular navigation knob. The central navpad is a five-way key to let you scroll through the phone effortlessly. This entire region together with the snazzy metallic-ring like finishing it’s dressed in looks good for sure. 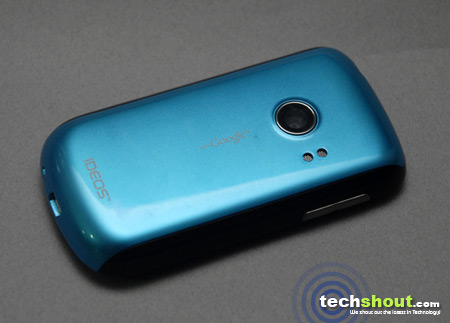 The phone feels really light in the hand with the build surprisingly not seeming mediocre. Despite the plastic finishing and overall lightweight candy bar form factor, the phone comes across as decent and tips the scale at around 100g, battery included. The volume rocker button find its place on the left edge of the phone with the 3.5mm headset and charging ports in the top and bottom rims respectively. The micro SD and SIM cards go in the backside with the battery for company. The phone only took way longer than we’d anticipated it to actually power up. The Aircel branding on its interface as it started felt like it was there for eternity. ‘Finally!’ that was what we naturally exclaimed when we saw the ‘green bot’ on the screen requesting us to nudge it before we got going. The phone includes Android 2.2 while enabling customization of up to four homescreens with widgets and applications of your choice. We liked how simple it was to get the desired widgets to the homescreen. A simple press down on them till they vibrate and you should be able to drop them on the homescreen of your choice.

While the phone coughed up decent call quality and support with no calls being dropped, the messaging experience was a downer in the portrait mode. The main reason was the small screen size of the phone which we think will even have those with average fingers struggling to key in words appropriately through the QWERTY keypad. Of course the automatic spell checks do help, but it can get quite annoying at times and you would be using it in the landscape mode more often. On the brighter side the keypad is fully equipped to handle selection, copying and pasting of text you type in too. There’s nothing really to write home about the included Music Player as it’s just your conventional audio playing interface with songs sorted on the basis of Artists, Albums, Songs and Playlists with ‘Party Shuffle’ and ‘Shuffle All’ options.

We played out ‘Two and a Half Men bloopers’ Season 3 videos on the committed YouTube application and were left mighty pleased. We haven’t finished yet – with just the audio quality. It was loud and clear with the speaker on the back sure getting a pat on the back. Otherwise, the screen besides obviously feeling too small for really enjoying videos had the poor 240 x 320 QVGA resolution for company which did nothing to hold our attention. The fact that the screen was a little too reflective for our liking didn’t help us much either. What’s more the videos appeared to be stuttering even if just slightly in bits and parts. Moving away from YouTube though, our web surfing experience in general was smooth on this phone. Websites loaded quickly both over Wi-Fi and Mobile Office internet connections while setting up our account and synching data was also a cinch. 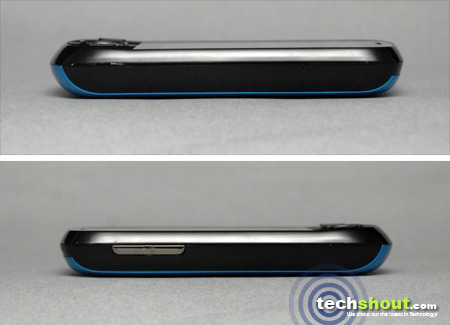 The dedicated widget says the Android Market is just a touch away on this phone and we started off by downloading our favorite Angry Birds game. With the download running in the backdrop however, the belittled 600MHz processor which Huawei has overclocked from the original 528MHz speed proved to be a pitfall. The device noticeably struggles to maintain its front when you move back and forth a couple of things in this period. Checking emails and multi-tasking in general became a very slow affair. Even when we played Angry Birds, the touch was slightly laggard. This quite took us by surprise as until now the interface was pretty responsive and still better than most low-cost touch-enabled handsets we’ve spent time with in the recent past. Google’s commitment with Maps, Latitude and Live News reports couldn’t have been more precise though.

We almost forgot that the Huawei Ideos U8150 phone is equipped with a camera too and were ready to pack the handset back. Well, Huawei hasn’t cared enough to give out the resolution information. In the interface however, you can choose from among QVGA, 1M, 2M and 3M pixels for the picture quality. It also features up to 2.8x of zoom ability with the option to tweak the white balance. No matter what we adjusted, the image quality was still just as bad. The video quality was even worst despite the recording quality changeable between YouTube, MMS, Low and High options. Furthermore, the phone supports plain tap to zoom for both images and the web while leaving out other gestures like pinch to zoom. What’s more, the screen takes its own time to auto rotate between the portrait and landscape modes and can be quite displeasing at times. We’d used the phone moderately for just about a day and a half before we had to reach for the charger which is a good enough battery life.

The Huawei Ideos U8150 together with its decent build quality sure zings it up with the interesting colors it’s available in.

The internet experience can easily claim to be one of the best we’ve experienced among smartphones in this price range.

The overall performance of the handset is noticeably slow with more than a few slumps.

The camera is a complete misfit with the otherwise respectable attributes bundled in.

The screen could have offered better resolution.

Considering you can’t just walk into a shop and buy a mobile phone at the drop of a hat thanks to the growing numbers and confusing attributes these days, it’s nice to see Huawei have simplicity at its core with this phone. Right from the design to the included features, the phone looks like it’s been built just right for novice users. Of course you’ll have to look past the slightly slouchy interface and terrible camera should you decide to take the plunge. We certainly give the Huawei Ideos U8150 a thumbs-up as a low-cost Android handset impressing us with its smartphone functionality. The phone costs Rs. 9,999 including taxes which doesn’t look like a bad deal at all. We shout out an 8.7 out of 10 rating from our end.