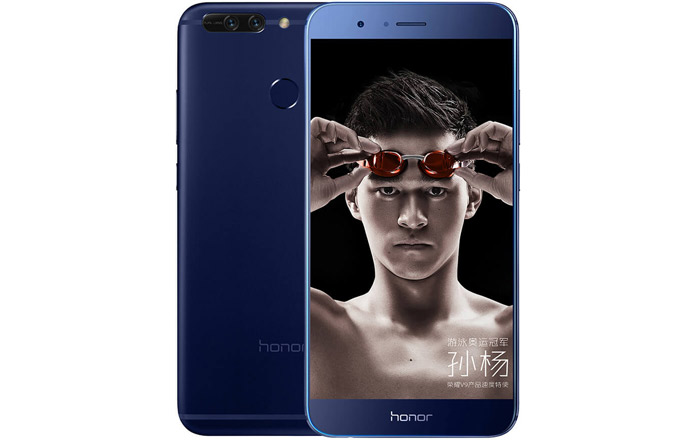 The Honor V9 has officially been launched at an event in China, boasting of a 12MP dual rear camera arrangement not unlike the phones which came before it. Huawei’s got some interesting tricks up its sleeve for the handset, claiming that the smartphone is the first in the world to do 3D modeling and is capable of capturing 3D photos.

What exactly this means isn’t clear as yet. One 12MP lens features a monochrome sensor, while the other captures color. The former has apparently been updated to absorb 3 times more light than before. The Honor V9’s photography module additionally features 4K video recording skills, LED flash, laser autofocus, and an f/2.2 aperture.

There’s also an 8MP selfie shooter blessed with an f/2.0 aperture. Other highlights of the Huawei offering include its top-of-the-line Kirin 960 processor, the same one powering the Mate 9, and massive 5.7-inch screen which features a QHD resolution and pixel density of 515ppi.

A quick summary of the Huawei Honor V9’s specifications:

Rumor has it that Huawei will be unveiling the Honor V9 as the Honor 8 Pro for international markets. It might show off the smartphone at the MWC 2017 on February 26.