The Honor 6 flagship and T1 tablet weren’t the only new launches Huawei planned for India as the Honor Holly smartphone has also been officially unveiled. The device has been listed on the company’s official website with a coming soon label, but no price or release date have been provided as yet.

The Huawei Honor Holly is a mid-range release and it looks strikingly similar to the older Honor 3C Play. In fact, the device also features identical specs and this basically means that it is merely a re-branded version of the latter for sale in India. 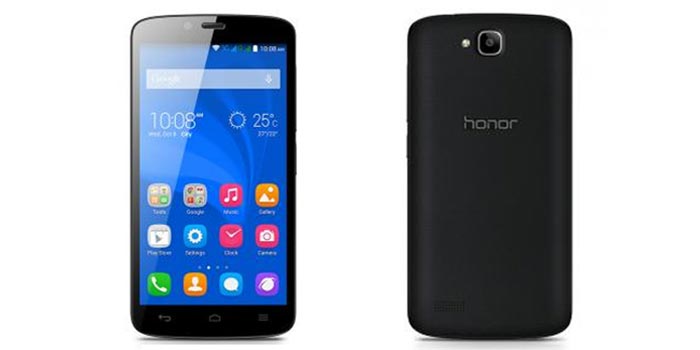 The previous model arrived with Android 4.2 Jelly Bean onboard, but the new release will have version 4.4 KitKat out of the box. Visuals are delivered through a 5-inch 1280 x 720 pixel IPS touchscreen, while a 1.3GHz quad core MediaTek processor delivers the steam.

On the memory front, there’s 1GB RAM, 16GB internal storage and a microSD card slot. Apart from these components, Huawei has also thrown in dual SIM support with 3G connectivity and a 2000mAh battery.

There’s no official price as yet for the Huawei Honor Holly as mentioned above and the company hasn’t provided a release date either. Seeing as the device is merely a version of the 3C Play which is on sale in China at VNY599 (around $97), we expect the device to retail for around Rs 7000 to Rs 8000 in India.