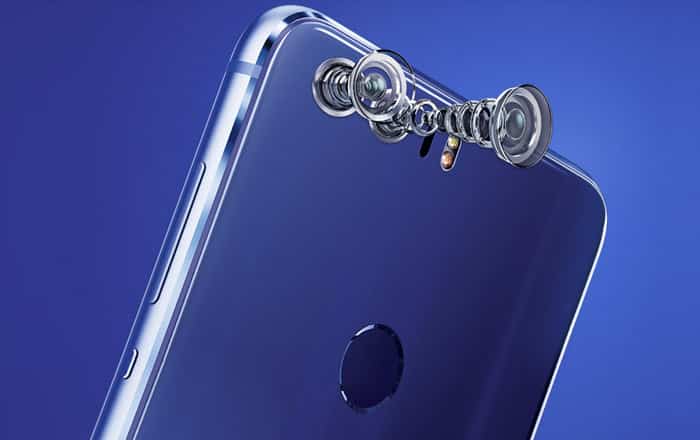 Huawei has officially launched the Honor 8 in India, hoping to attract buyers with the promise of advanced photography courtesy the phone’s dual cameras. The smartphone is now available via Amazon, Flipkart, and the brand’s own site.

Interested buyers can purchase the Honor 8 at Rs 29999. For that much, they’ll be getting a solid mixture of mid-range specs topped off with the 12MP twin snapper system on the back. The setup is similar to Huawei’s flagship P9. One lens captures color, while the other takes care of monochrome. The two images are then merged together to output higher-quality images.

The only thing which appears to be missing is the P9’s Leica branding. The Honor 8 further serves up features like dual tone dual-LED flash, dual ISP, and hybrid auto-focus combining laser, depth and contrast focus. There’s also a wide aperture mode which lets users blur backgrounds and redefine the focal point after a shot has been taken.

Huawei is also touting the smartphone’s rear fingerprint scanner. Other than being able to unlock the handset within 0.4 seconds, the offering can also kick start apps, pull up Google Now, and scroll photos in Gallery.

A rapid take on the top specifications of the Huawei Honor 8:

Once again, the Honor 8 is being sold via Flipkart, Amazon India, and Huawei’s site at Rs 29999.