If you think you’ve seen it all; you need to have a look at the Huawei Honor 7i. From the front, it looks like an extremely average smartphone, but the fun begins when you look at its sides and its rear surface.

At the back, it carries a rotating camera, which can definitely be compared to that of the Oppo N3’s snapper, but works in a pretty different manner. The Huawei Honor 7i’s shooter flips 180 degrees to act has a front camera when you feel the need for capturing some selfies.

That’s not the only innovation onboard this 4G LTE-supporting Huawei device. It features a fingerprint scanner on its side surface, which by the way grabs an aluminum frame. This phone’s side facing fingerprint reader is one of the smallest in the world, and is also an industry first as the Sony Xperia Z5 range is yet to be launched. 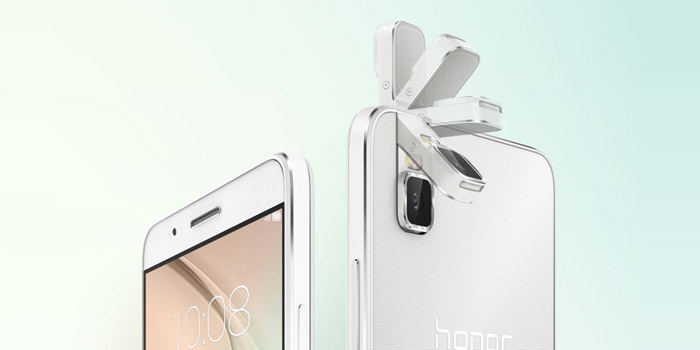 The lone camera on the Honor 7i features a 13MP BSI Sony sensor and is accompanied by a 28mm f2.0 lens and a dual LED flash. It holds onto a 5.2-inch 1080p full HD display, and runs on the latest Snapdragon 616 chipset which offers a 64-bit octa core processor onboard.

Here’s a neat look at all the main specs of the new Huawei Honor 7i: 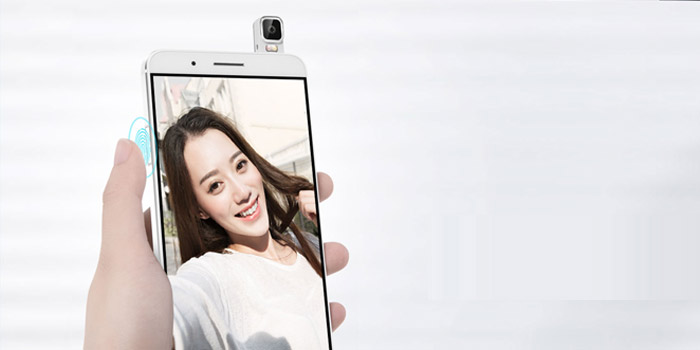