After launching the Honor 4X phablet towards the end of last month, Huawei could be close to revealing a new model of its flagship phone under the Honor 6X branding. The device has made its appearance on China’s TENNA certification website and it looks to be a high-end release with some pretty beefy specs.

The Huawei Honor 6X will fall in the phablet category carrying a 5.5-inch display. Unlike the Honor 4X and Ascend G7 which have screens of the same size with 720p HD visuals, this one will be a 1920 x 1080 pixel TFT LCD panel. 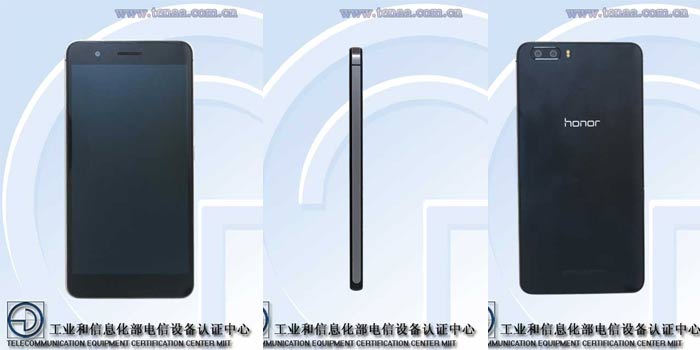 The processing power comes via a 1.8GHz octa core processor which we’re assuming is the same Kirin 925 SOC found on the Ascend Mate 7. Other components on the inside include 3GB RAM, 32GB of flash storage and a 64GB compliant microSD card slot.

Also read: Huawei has an Honor 6 Extreme Edition under its sleeves, sadly no 4GB RAM

The most interesting bit about the Honor 6X is that it has not one, but two rear-facing cameras. The resolution is rated as 8MP, albeit there’s no word on whether that applies to both sensors and their purpose is still unknown. Huawei could be adding 3D imaging which failed to pick up a few year back or a depth sensor like what HTC has on its One flagships.

GizmoChina is reporting that two version of the Huawei Honor 6X have been spotted. They carry the model numbers PE-TL10 and PE-UL10 and are said to be designed for China Mobile and China Unicom, respectively. There’s no word on whether the phablet will be made available outside of China as yet.