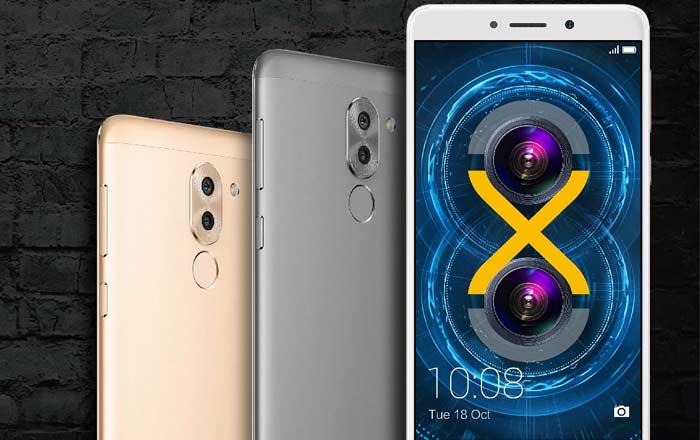 Huawei’s dual camera-toting Honor 6X has officially landed in India a couple of months after it first came out in China. Registrations for its February 2 Amazon flash sale kick off today and will be open until January 31.

The main topic of discussion when it comes to the Huawei phone is its twin-snapper setup consisting of a 12MP and 2MP lens. The combination paves the path for users to do things like change the focus of a photo after it’s been clicked or use a bokeh effect to bring the foreground to the center of attention and blur the background.

The module also comes with Night Mode to ensure less noise even in low-light environments courtesy a 1.25µm pixel size, a splash tool to highlight only one color in a black and white image, a wide f/0.95 – f/16 aperture range, PDAF skills, and a Sony IMX386 sensor. Meanwhile, the Honor 6X’s 8MP front-facing shooter has been equipped with a 77-degree wide-angle lens and a Prim ISP.

Specifications of the Huawei Honor 6X:

The Honor 6X will be available in gold, silver and grey color options. Once again, the handset will go up for sale on February 2 with a Rs 12999 starting price tag. Registrations for it are now live on Amazon India.