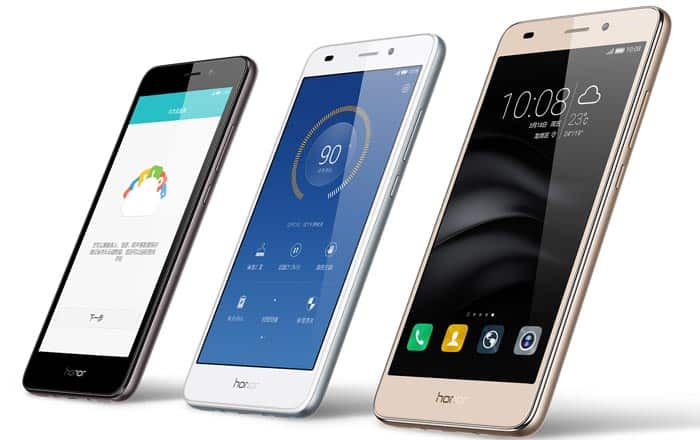 Huawei has unveiled a new addition to its affordable series of phones in the form of the Honor 5C. The smartphone has only been announced for China as of now, with no word on when it’ll arrive overseas.

The Huawei Honor 5C is priced at CNY 899 (approx Rs 9000) for the 3G version. Interested buyers will have to shell out CNY 999 (about Rs 10250) for the 4G model. All-in-all, the handset boasts of a pretty solid specs sheet for an entry-level device. Top highlights include a fingerprint scanner located on the back of the handset and Google’s latest Marshmallow OS out-of-the-box.

Another major feature is Huawei’s own Kirin 650 octa-core processor. It consists of 4 Cortex-A53 cores clocked at 1.7GHz and another 4 Cortex-A53 cores at 2GHz. In terms of memory, it packs 2GB of RAM and 16GB of internal storage. Users who run out of space quickly can add up to 128GB of extra space via a microSD card slot.

With regards to its camera skills, the Honor 5C houses a 13MP rear camera equipped with an aperture of f/2.0 and LED flash. An 8MP front-facing snapper with the same aperture takes care of selfies and video calls. Rounding up the list is a large 3000mAh battery and 5.2-inch full HD screen.

A neat look at the main specifications of the Huawei Honor 5C:

We’ll let you know as and when the Huawei Honor 5C hits international waters in the future.