Huawei revealed the Honor Play 4 back in September and now it’s adding another member to the series, the Honor 4X. The latest entry is yet to go official, but it’s more or less confirmed for release in the coming days as it has been certified by TENNA in China.

The Huawei Honor 4X is also a 64-bit enabled smartphone like the Honor Play 4. What’s different here is that the device falls in the phablet category as it carries a 5.5-inch display. The panel used is of 1280 x 720 pixel resolution and the phone flaunts a design quite similar to that of its smaller sibling. 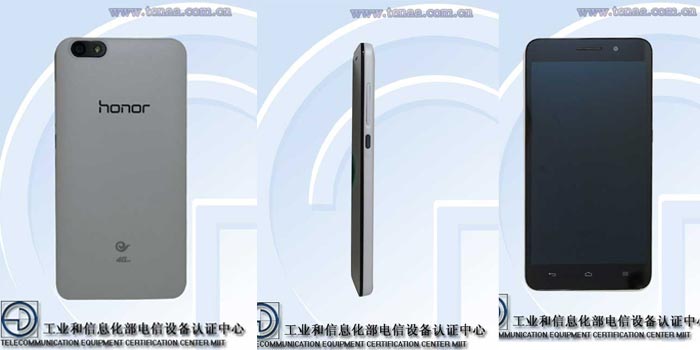 As mentioned above, the handset is 64-bit ready and that’s owing to the 1.2GHz quad core Snapdragon 410 chipset onboard. The SOC also tags along 4G LTE connectivity and it supports FDD and TD bands along with TD-SCDMA, WCDMA and GSM frequencies as well.

Also read: Huawei has an Honor 6 Extreme Edition under its sleeves, sadly no 4GB RAM

For memory, the handset packs 2GB RAM, 8GB storage and a microSD card slot. Additionally, it flaunts a 5MP snapper on the front and a 13MP shooter on the rear. Android 4.4 KitKat is being offered out of the box and considering that the phone supports 64-bit, we hope that it’ll see Android 5.0 Lollipop sooner than later.

GizChina notes that the Huawei Honor 4X was spotted on TENNA carrying the model number Che1-CL20. Be sure to check out the certification website (in Chinese) for more information on the handset.