Huawei’s Honor 3C is one sweet mid-range smartphone and it’s now making its way over to Europe for sale at just £109.99. And like with the Honor 6 flagship, the company has decided against siding with carriers for subsidizing this release and is offering the handset unlocked and SIM-free.

At the said price, the Huawei Honor 3C is far cheaper compared to most other mid-range releases especially those from top names such as HTC, Samsung and LG. What makes the handset a great alternative is that it offers a 5-inch 720p HD IPS display and dual cameras, a 5MP selfie snapper on the front and an 8MP shooter on the rear. 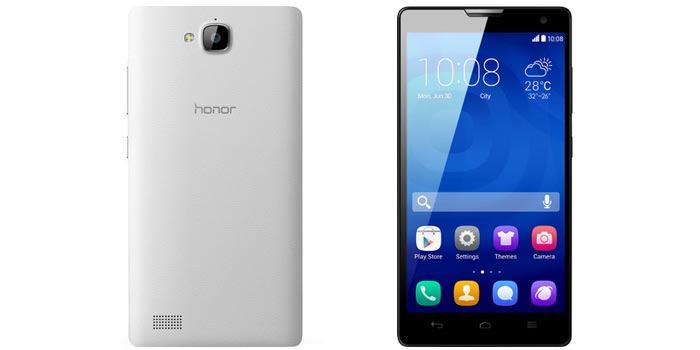 It also offers decent performance through a 1.3GHz quad core MediaTek SOC based on the Cortex A7. And Huawei is offering 2GB of RAM and a decent 8GB of internal storage which can be expanded via the microSD card slot. The main downside of the handset is that it comes with Android 4.2 Jelly Bean, but it should get updated to KitKat in the near future.

The battery which is rated at 2300mAh is also a good addition and you get dual SIM support with HSPA+ connectivity. Design-wise, the Honor 3C has a 69% screen to body ratio which basically means more display and less bezels. It’s 9.2mm thick and weights around 149 grams.

Below is a brief look at the key Huawei Honor 3C specs:

You can currently pre-order the Huawei Honor 3C smartphone and it’s said to get released on November 24.