Huawei has launched a trio of new Android smartphones in India, namely the Honor 3C, Ascend G6 and Ascend G750. All three handsets cater to the mid-range segment carrying affordable price tags. Sadly, there’s still no word on when the new flagship will make its debut.

Let’s start off with the Huawei Honor 3C. The smartphone was launched back in December along with the Honor 3X octa core handset. The device falls in the same category as the Moto G and it offers slightly better features. There’s a 5-inch 720p HD display on the front accompanied by a 5MP camera, while an 8MP snapper can be found on the rear. The phone is powered by a 1.3GHz quad core processor and it has options of 1GB or 2GB of RAM along with dual SIM card slots and 8GB internal storage. 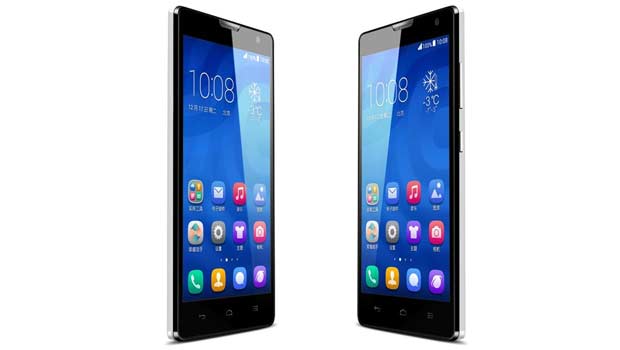 The Huawei Ascend G6 was unveiled earlier this year and is basically a cheaper version of the Ascend P6. Compared to the Honor 3C, this device has slightly lower specs, but still costs more. A 4.5-inch qHD display occupies the front along with a 5MP webcam and there’s an 8MP camera on the rear. The device runs on Android 4.3 Jelly Bean and it packs a quad core Qualcomm Snapdragon SOC with 1GB of RAM, 4G LTE support, NFC and a 2000mAh battery.

The Huawei Ascend G750 is the largest of the three smartphones and is also the most costly one. It measures 8.9mm thick and has a 5.5-inch IPS display that sadly, offers visuals in 720p HD resolution. While Android 4.2 Jelly Bean runs the show, there’s a 1.7GHz octa core chipset ticking away on the inside. The phone has dual SIM card slots and various alluring features such as 2GB of RAM, a 13MP rear camera, a 5MP front snapper and a 3000mAh battery amongst others. 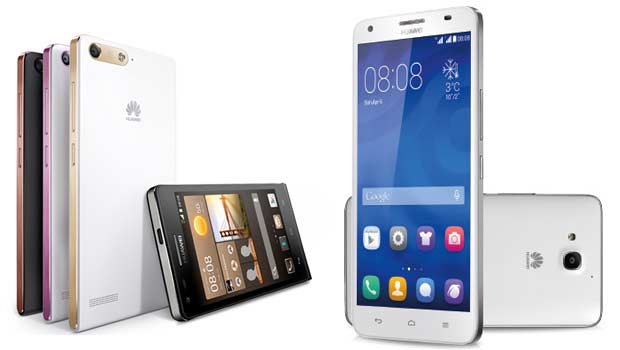