Despite its issues, Huawei still wants to sell its smartphone in the US and it has come up with a convenient way to offer the Ascend Mate 2 phablet. The Chinese OEM has launched its own online store where it’s now selling the handset at $299.99.

The Huawei Ascend Mate 2 made its debut earlier this year at the CES 2014 and back in April, its arrival in the US was confirmed, but no exact release date was provided. Despite the phone being 6 months old, it still has various alluring features for the said price. The handset is a mid-range one and is pretty huge. Standing at 6.1 inches wide, it offers a LTPS display with 720p HD resolution and Gorilla Glass 3. It also has a high screen to body ratio of 79% and permits the use of gloves. 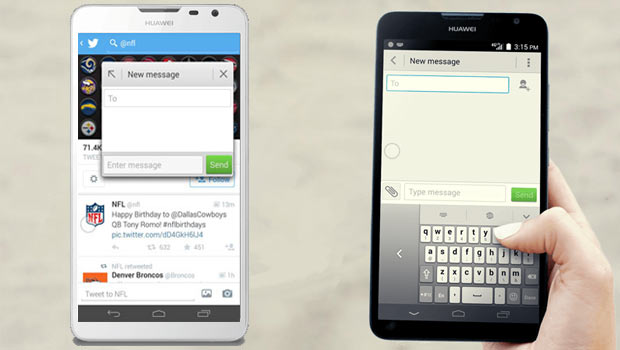 Within its 9.5mm thick design, the device packs a 1.6GHz quad core Snapdragon 400 SOC based on the Cortex A7 and has 2GB of RAM. For storage, there’s 16GB of internal memory and up to 32GB support via the microSD card slot. The front has a 5MP snapper, while the rear sports a 13MP Sony BSI sensor with auto focus and 1080p recording. Android 4.3 Jelly Bean is preloaded with the EMUI 2.0 Lite UX. Lastly, there’s a 3900mAh battery to power the phone up.