Huawei Ascend W2 steps out of China for Europe launch

Huawei isn’t done with Windows Phone as yet and it plans on launching the Ascend W2 smartphone soon in Europe. The handset has been leaked multiple times already and we’ve seen it make an official appearance at the Mobile Asia Expo event in China. While the device’s specifications and features are pretty much the same as its predecessor, the company has done a few cosmetic changes to the overall design.

The Ascend W2 has already gone on sale in China through carriers supporting TD-SCDMA and UMTS networks. The next stop on the list is Russia and the Netherlands for this month, with many more locations planned for the future. The smartphone is being touted as an affordable as well as a stylish Windows Phone 8 device.

The handset measures 9.9mm thick and it weighs 160 grams making it slightly slimmer, but heavier than its predecessor. The overall form factor has curved edges and the slight bulge on the rear for housing the camera has been removed. Speaking of which, the W2 still sports a 5MP primary snapper with 720p video recording.

The front dons a 4.3-inch WVGA IPS touchscreen which can be operated even with gloves on, while on the inside, there’s a 1.4GHz dual core Snapdragon processor doing the heavy lifting and 512MB of RAM for smooth operations. You get 8GB of storage and a microSD card slot as well as a 1700mAh battery that can deliver 9.5 hours of talktime or 395 hours of standby. Huawei has preloaded the phone with over 20 Start screen theme and the touch buttons on the front can be configured to light up in different colors. 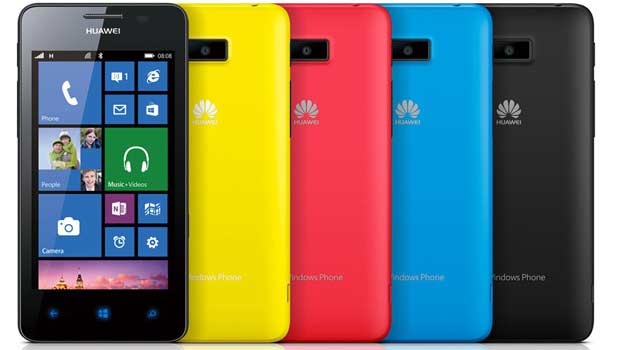 Huawei is yet to disclose exact release date details for the Ascend W2 in Europe and there’s still no word on a price.