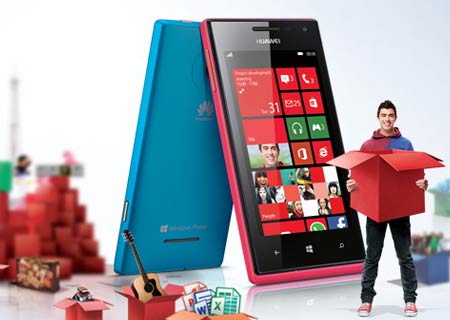 The Huawei Ascend W1 has made its appearance at the CES 2013 and is all set to debut in China and Russia by the end of this month. The handset is question is the first Windows Phone 8 launch from the company and it is accompanied by various Android powered phones such as the 6.1-inch Mate and the flagship D2, which fall under the same Ascend branding.

Rumors of the Ascend W1 started to flourish back in October of last year. Along with its specifications, various reports even managed to disclose press shots with the latest leak that happened earlier this month, showing off the color options the phone is speculated to arrive in. As expected, the device falls in the entry-level segment with specifications similar to that of the Lumia 620 and the HTC 8S. 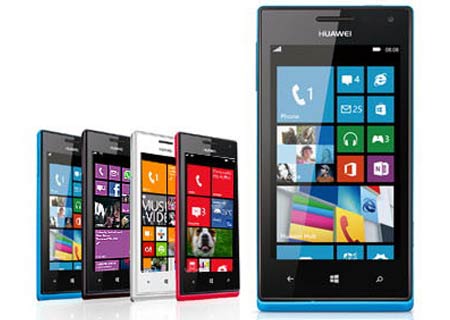 Measuring 10.15mm thin, the handset employs a 4-inch IPS LCD 480 x 800 touchscreen. The panel is complemented by the OST technology which enhances that brightness while reducing the light consumption. Put to work on the inside is none other than Qualcomm’s Snapdragon S4 dual core processor clocked at 1.2GHz. Accompanying it is the Adreno 305 GPU and 512MB of RAM.

Where storage is concerned, the company has provided 4GB of flash memory along with a microSD card slot that supports up to 32GB. The front houses a 0.3MP camera for video calling, while the rear sports a 5MP snapper with auto focus and an LED flash. When launched, the phone will be available in color options of blue, black, magenta and white.

The Huawei Ascend W1 will be initially available for purchase in China and Russia this month, while those residing in Western Europe, the Middle East, the US and other selected locations are said to be next in line. Interested buyers in the UK can preorder the smartphone through Expansys. A definite price or release date hasn’t been officially disclosed as yet. 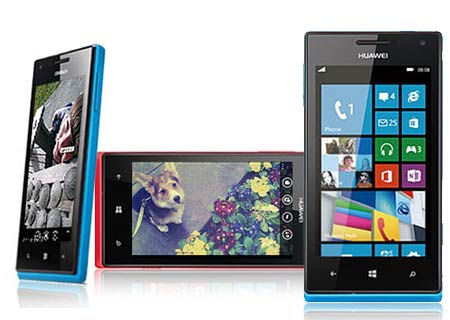 Here’s a quick look at the official specifications: