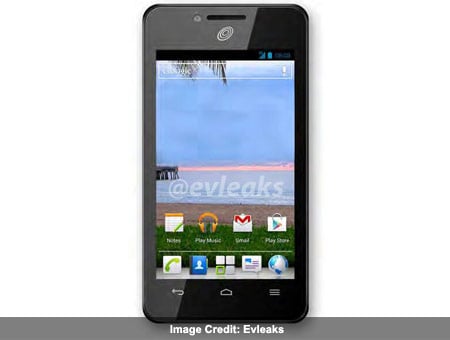 The Huawei Ascend Plus and the G710 have become the center of yet another leak and while one seems like it could be a very affordable option, the other it seems, is positioned at the higher end of the mid-range spectrum. The company has announced a good number of phones recently, but that shouldn’t stop it from having more in development, possibly targeted at a different audience.

The Ascend Plus, it is said, is headed to carrier TracFone and is expected to be a cheaper device aimed at those looking to get into the smartphone scene with their first. So what can people look forward to with the device? Well, it is supposed to come with a 4-inch display and is thought to have a screen resolution of 480 × 800 pixels, which is fairly low end when it comes to viewing multimedia and receiving content. The image above comes by way of serial Twitter specialist Evleaks.

It should have a single core 1GHz processor though, but unfortunately will not come with the latest in Google operating platforms, instead settling for Android Ice Cream Sandwich. The inclusion of this OS almost makes it certain that the handset will fall towards the lower end of the company’s lineup. Then there should be a 5MP camera on the rear, not that bad an option for clicking images and recording video, although exact specs on that aren’t available. There should be about 4GB of internal memory which can be taken further via microSD card.

Then there’s the bit about the G710 which brings along for the ride a 5-inch 720p screen, meaning it won’t be considered ‘small’ by any measure. Unwired View is reporting that the phone will be released in China because it is listed with CDMA and GSM capability, and apparently a carrier in the nation, the only one to offer a CDMA network in China, likes putting out such dual-mode phones to lure customers. Continuing on with the handset’s specs then; the last thing we know about it is that it should have a 1.5GHz quad core processor.

Not much information is available on the Huawei Ascend Plus and the G710 at present, but as time goes by we hope to hear more.