Huawei Ascend P7 caught on camera along with another mystery device

We’ve been hearing about the Huawei Ascend P7 since last year, and it’s high time now that this handset went official. That’s not what its maker thinks unfortunately, and it is now suffering from yet another leak which has showcased the device in the form of two photographs. Moreover, there’s another mystery Huawei device that is being talked about right now owing to the leak of its huge rear shell.

But first let us talk about the Huawei Ascend P7. This successor to last year’s P6 seems to be showcasing the company’s proprietary Emotion UI in one of its images. According to the Weibo user who has leaked the photographs, they are of a model that’s under testing inside the company. 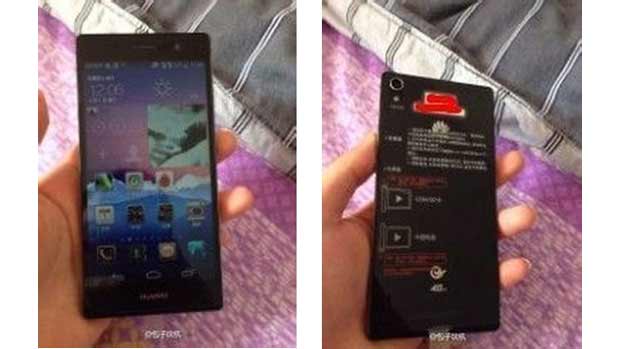 We do know some details about the Ascend P7 based on past leaks. It will supposedly grab hold of a 5-inch 1080p full HD monitor on its front surface, whereas it will even feature a 13MP camera and a 2460mAh battery. A 1.6GHz quad core HiSilicon SoC and 2GB worth of RAM will be included in its offerings as well.

Coming to the mystery Huawei device shell which has been leaked by another Weibo user, it appears to be aimed at a pretty big smartphone. As G4Games puts it, this mystery smartphone could be a top-tier all-metal device that will grab a premium price tag. That latter part is something we’re not quite used to seeing on Huawei phone, so this will be interesting. 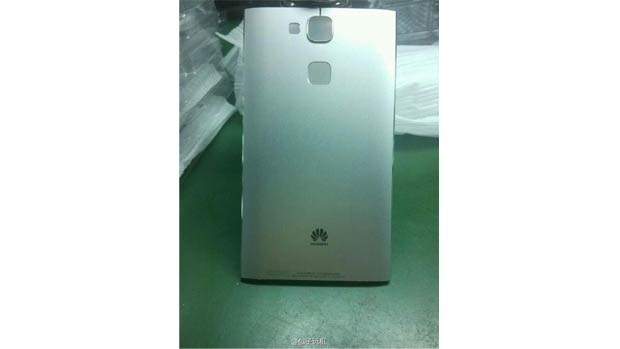 As can be seen in the image, there’s an extra hole on the shell which is most probably meant for a fingerprint scanner. It’s moreover expected to feature the company’s very own octa core processor inside it. We’re trying to dig out more about this device as well as the Huawei Ascend P7 and its release information, so stay tuned.