Huawei’s long rumored Ascend P7 has finally been unveiled in Paris and the phone lives up to its expectations by delivering a gorgeous and slim design with some pretty great features. As expected, the Chinese OEM has retained the same design the popular P6 flaunted, but the internals have been beefed up.

The Ascend P6 was once the slimmest smartphone available measuring 6.2mm and its successor is slightly thicker at 6.5mm. The company has gone with a complete glass finish for the Huawei Ascend P7 where the front and rear are coated with Gorilla Glass 3, while metal is used for the sides. The front dons a 5-inch LCD display that offers visuals in 1080p resolution at 445ppi and a neat-looking spin effect micro-pattern design can be spotted on the rear beneath the protective coating. 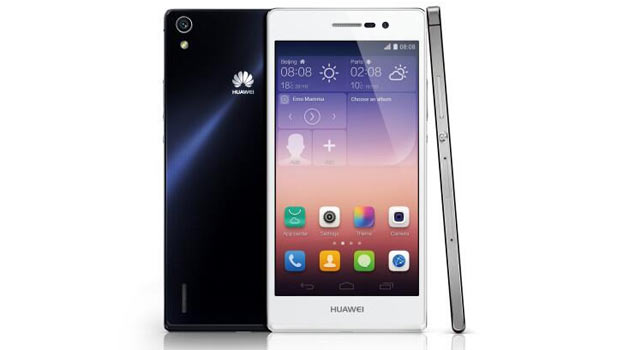 The Huawei Ascend P7 is the company’s first smartphone to come with the in-house processor. The HiSilicon Kirin 910 SOC is based on the Cortex A15 with quad cores clocked at 1.8GHz and Mali 450 graphics. Performance-wise, this chipset won’t be as powerful as the S800 series, but you can expect it to be at par with the S4 Pro and Snapdragon 600. Accompanying the SOC is 2GB of RAM, 16GB of storage, a 2500mAh battery and multiple radios amongst others.

Some of the key features of Huawei’s latest flagship are its dual cameras. For selfie-lovers, there’s an 8MP shooter on the front, while the rear sports a 13MP Sony fourth generation BSI sensor with f/2.0 aperture and the IMAGESmart 2.0 software. The primary snapper can’t record 4K videos like other flagships, but it does have its own set of modes and features. 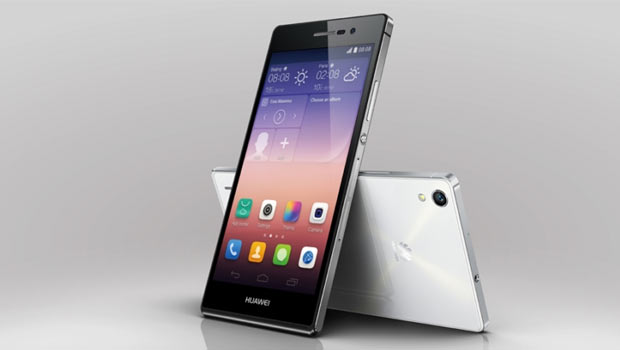 The Huawei Ascend P7 will be available globally starting this month for €449 in color options of black, white and pink.