We hadn’t seen anything of the Huawei Ascend P6S until now. Images of the smartphone have cropped up along with some disappointing news. These details were grabbed while the device was busy preening for China’s MIIT certification website.

The specifications accompanying the photos of the Ascend P6S disprove stories of an octa core processor hiding within. The handset will instead sport a 28nm based K3V2 1.6GHz Cortex-A9 chipset of the quad core type and a Mali-450 GPU. Its predecessor was fitted with a slightly less powerful 1.5GHz K3V2 quad core processor. 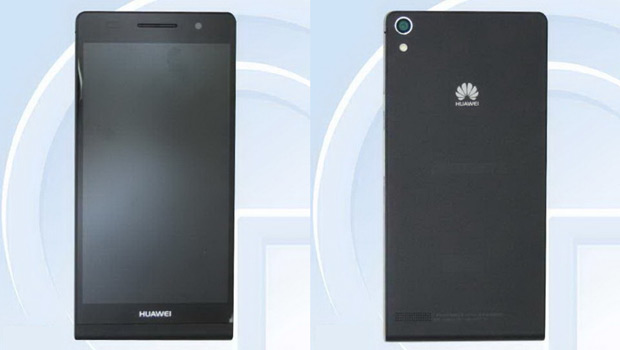 Unwired View who reports IT168 and MyDrivers as the source of this tidbit, also states that the new Huawei smartphone may be able to tackle the unsatisfactory battery life and lag issues spurted out by the mid-range P6. Accordingly to a previous leak, the P6S is supposed to house the same 2000mAh battery though.

Another point which disputes the older story is that the handset might offer 16GB of storage and not 8GB. The rest of the speculated features stay pretty much as they are. The price could hover around $440. Here’s a quick look at what we’ve got so far:

Meanwhile, Huawei fans can keep their fingers crossed for the Glory 4 (or Honor 4) octa core phone the company is rumored to be working on. It is not expected to be a Qualcomm Snapdragon-powered device, but could stick to a MediaTek MT6592 SoC based on Cortex-A7 architecture.