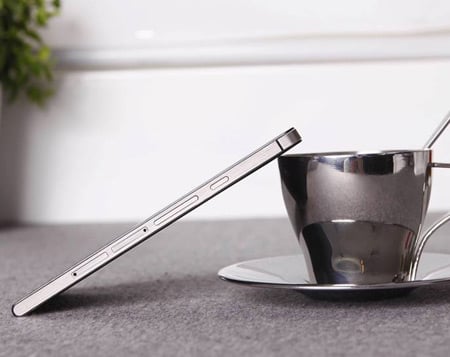 The Huawei Ascend P6 has just been introduced by the company at its event in London. It may be a matter of opinion of course, but with its slick 6.18mm profile and carefully chiseled body, it’s one of the most beautiful devices to show off the Huawei label.

The Huawei Ascend P6 hasn’t exactly been designed to join the bunch of smartphones that are too big to fit into the pockets; so we’re not going to call it a phablet. It has a 4.7-inch touchscreen stretched across its front and a neat 5MP camera above that. The lens is being marketed as one that’s perfect for the ‘selfies’ with its ability to deliver easy touch-ups and do its best to give users a ‘model-gorgeous’ version of their face. 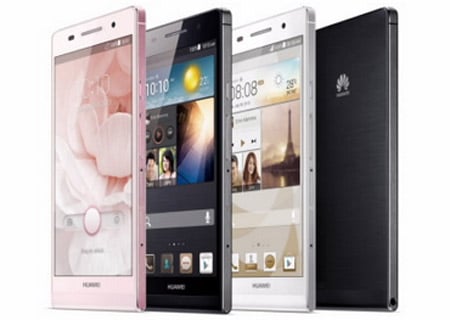 For those who do click other things apart from their mugs, the Huawei Ascend P6 also has an 8MP camera on its rear panel. It can shoot videos in resolutions of up to 1080p and allows macro shots of objects from distances as close as 4cm. Additionally, its capabilities are enhanced by the company’s ImageSmart software and the lens has an f2.0 aperture. The Android 4.2.2 OS powering the smartphone is going to be customized with the company’s home-brewed Emotion UI.

The Huawei Ascend P6 gets its kicks from 2GB of RAM and a 1.5GHz quad core processor. It’s internal memory space reads at a less-than-impressive 8GB. But there is a microSD card slot which will let users add 32GB of additional hoarding room if necessary. Set to hit shelves in shades of black, white and pink, the handset will be sold with optional color cases too. 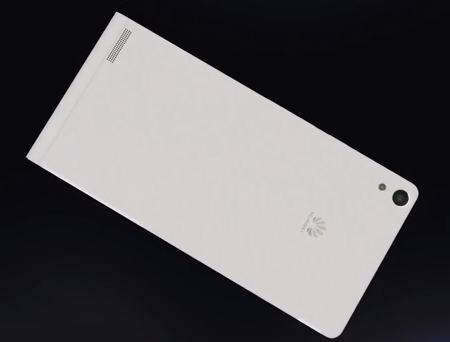 The Ascend P6 has a price of around €449. Europe will be welcoming it via Vodafone, Telefonica, Orange, H3G, O2, Carphone Warehouse, TalkTalk, Amazon and others in July. Fans in China will get it this month. The company hasn’t volunteered any details about its release window for other markets across the globe presently. 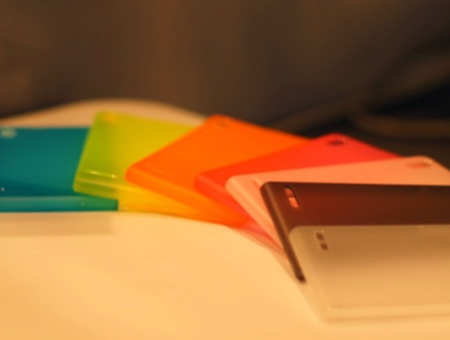 Here’s a quick run of the key specs: