Huawei may not be willing to give out the Ascend P6 release date for India. But it has been speculated to fall on August 15 and it may come with a price tag similar to the one that its European version holds. So if the rumors are anything to go by, this Huawei Ascend will land in the subcontinent priced at around Rs 30,000. The phone can also be seen listed on Saholic, but the e-retailer has kept its availability information under wraps for now.

The Ascend P6 packs a punch in its extremely slick exterior that measures merely 6.18mm in thickness. The device tips the scales at 120 grams and manages to accommodate a huge 4.7-inch in-cell multi-touch display on its front panel. A 5MP webcam can also be found perched just above the screen and apart from making video calls, prospective customers can employ it for capturing 720p videos. As for the primary camera, the device boasts of an 8MP one that records movies in a resolution of 1920 x 1080 pixels and takes macro shots of objects even from a distance of just 4 centimeters. 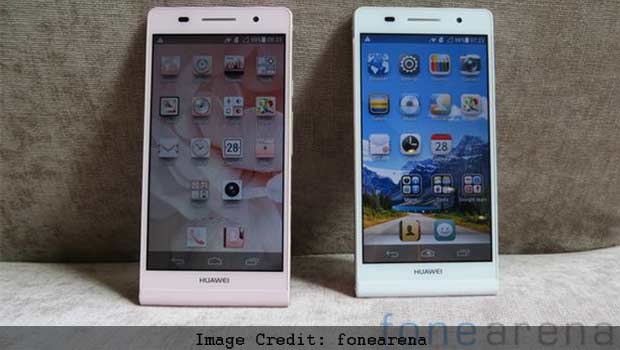 Drenched in shades of black, white and pink, the Ascend P6 shows off an intuitive interface that can be attributed to the Android Jelly Bean 4.2.2 OS, garnished with the Emotion UI. It gains steam from a quad core K3V2E processor sprinting at a speed of 1.5GHz that is accompanied by 2GB of system memory.

The total internal storage capacity amounts to 8GB and the phone does have a microSD card slot for expanding it further by up to 32GB. It is powered by a 2000mAh battery that takes less than 4 hours to charge completely. And it goes without saying that the handset tags along the common sensors and features like Wi-Fi, Bluetooth and GPS to name a few. 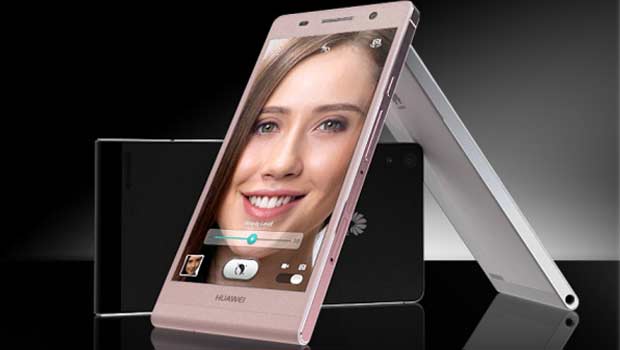 The price of the P6 has been dug up by the folks at FoneArena who also believe that the phone will be released in India mid-August. Hit the source link to see hands-on pictures of the pink and white variants of the gadget in question.