The Huawei Ascend P6 that was released back in June and hit an online retailer in India in July, can now be seen listed on the company’s website for the country. Apart from Saholic, some other e-retailers like Infibeam and Flipkart have also displayed the device on their respective portals with a coming soon tag and it may be priced at Rs 25,750.

Those who are planning to lay their hands on this piece of hardware will be glad to know that they can choose between shades like black, white and pink. Although it accommodates a touchscreen measuring 4.7 inches on the front side, the device is extremely thin and is packed into a chassis with dimensions of 132.65 x 65.5 x 6.18 millimeters. This phone weighs in at 120 grams. 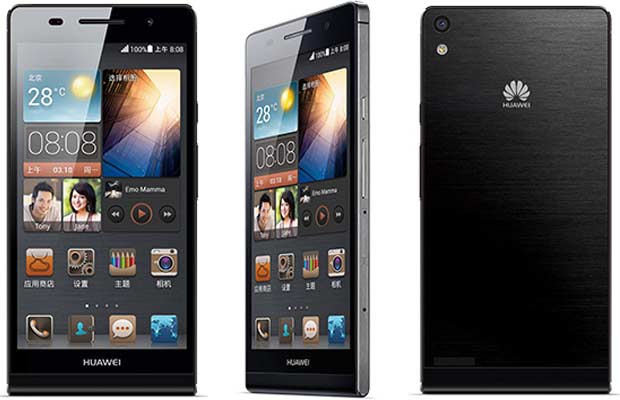 The in-cell capacitive display is said to be capable of delivering HD visuals in 1280 x 720p resolution. Its intuitive user interface can be attributed to the Android Jelly Bean 4.2 OS as well as Huawei’s Emotion UI 1.6 and the 3G-enabled gadget is equipped with a K3V2 quad core processor, where each core clocks in a speed of 1.5GHz.

A powerful processor like this will definitely require a lot of system memory and thus there’s 2GB of RAM in the Huawei phone. It has 8GB of free space, but you can increase it further using a microSD card of not more than 32GB capacity. And as far as the cameras are concerned, you get an 8MP primary snapper and a 5MP webcam for clicking pictures, recording videos as well as making conference calls.

The exact availability details of the Huawei Ascend P6 have not been revealed, however, it should be up for grabs before the end of this month.