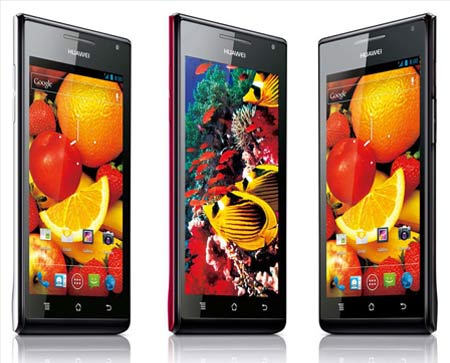 The Huawei Ascend P1 UK price and availability details have revealed that the smartphone is now selling in the region through a number of retailers at somewhere around £370. This handset from the Chinese manufacturer can now be purchased as a contract-free version, as opposed to the earlier editions released some time back.

Clove announced its stocking of the product recently, and a quick search revealed that other retailers too are offering the device in black. The phone runs Google’s Ice Cream Sandwich OS and is known for its 3D UI. At 7.69mm thick, its body carries a 4.3-inch Super AMOLED display, while still keeping the total weight at 110gms.

“It hasn’t been receiving the focus of the HTC One X or the Samsung Galaxy S3 but it is still a very capable smartphone that is at least worth consideration. Huawei products do tend to be very reliable and in terms of specs it compares quite closely to the HTC One S, but is cheaper,” read a post on the official Clove blog.

Keeping with the recent trend, the dual core processor incorporated within the hardware has a capacity of 1.5GHz. On the P1’s front is a 1.3MP camera, whereas an 8MP BSI rear snapper is also being proffered by it. It even kicks in autofocus and dual LED flash in addition to 5.1 Dolby Sound System.

The Huawei Ascend P1 UK price and availability details we’ve mentioned here may vary with retailers. Clove is offering the device now at £371, while Expansys UK lists it at £369.99. At £366, Amazon is delivering the lowest priced deal among the three.