Huawei Ascend P1 takes a trip to Hong Kong, Taiwan, Australia this may 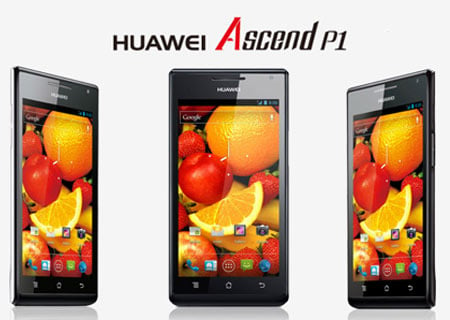 The Huawei Ascend P1 smartphone is all set to go globetrotting with Hong Kong, Taiwan and Australia first on its destination list. Being the company’s flagship dual core handset, it’s expected to hit availability status in Europe this summer, followed by various other markets.

The device is built around a sleek form factor that’s said to measure just about 7.69mm thick, with a height of 64.8mm. Incorporated within its casing is a dual core TI OMAP 4460 Cortext A9 processor which operates at 1.5GHz. Its 4.3-inch Super AMOLED 960 x 540p touchscreen is coated with a layer of Corning Gorilla Glass for added protection measures. On the entertainment front, the handset employs the Dolby Mobile 3.0 + 5.1 surround sound technology for an enriched audio experience.

“The global availability of the Ascend P1, which combines smart features and a great design, represents a significant milestone for Huawei Device. We are sending strong signals of our intention to transform into a consumer-facing brand and extend our market leadership globally by strengthening our range of flagship products. We are also expanding our sales and distribution channels to move beyond a focus on operators,” states Richard Yu, Chairman of Huawei Device. 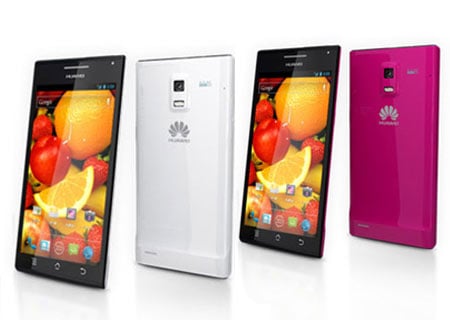 There’s also an 8MP BSI rear-facing camera for capturing stills or recording videos in 1080p full HD resolutions. For connectivity, it features 3G, Wi-Fi and Bluetooth modules as well as built-in social media offerings through which users can conveniently share content with others online. And powering all the aforementioned components is a 1670mAh battery.

The Huawei Ascend P1 price details aren’t disclosed as yet. However, the smartphone will be available in color options of metallic black, ceramic white and cherry-blossom pink, in Hong Kong, Taiwan and Australia this May. As stated above, the device is scheduled to roll out in Latin America from June 2012, as well as Europe and other regions from summer onwards.