Slim form factors are mostly seen in flagship smartphones, but the Huawei Ascend P1 is one of the few mid-range devices designed with a super thin profile. And it doesn’t end there – The handset has gone up for pre-order in India carrying an affordable price of 12,490 and above. The device is scheduled to ship starting the third week of August.

Back in October of last year, Airtel launched Huawei Ascend P1 LTE variant which runs on a dual-core Snapdragon S4 processor with Adreno 225 graphics. The one in question doesn’t have 4G support and it comes with a Texas Instruments CPU instead. Additionally, the Huawei Ascend P1 has been launched in other attires, namely TD-SCDMA and 2600mAh XL which are exclusive for China. There’s a P1s version in tow as well, which is even slimmer than the original at 6.7mm, but heavier weighing 130 grams. Delivering the steam here is a dual core Cortex A9 processor clocked at 1.5GHz and PowerVR SGX540 graphics. 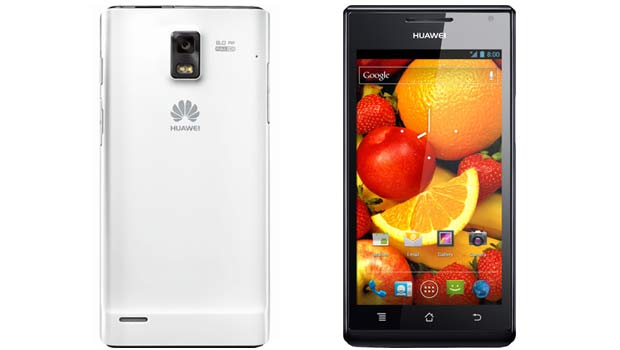 The Huawei Ascend P1 being made available measures 127.4mm x 64.8mm x 7.7mm in dimensions and it weighs just 10 grams. The device is slated to run Android Ice Cream Sandwich, but is scheduled for an update to version 4.2 Jelly Bean. Visuals are delivered through a 4.3-inch qHD Super AOMLED touchscreen which is accompanied by a 1.3MP camera on the front. Other hardware features include an 8MP snapper with dual LED flash, 4GB of storage, 1GB of RAM and an 1800mAh battery.

The Huawei Ascend P1 is currently listed on Flipkart for a price of Rs 12,490, while Infibeam is charging a bit more at Rs 12,990. The device can be picked up in both, black and white shades.