The Huawei Ascend P1 had made its debut in India in October last year in the form of a 4G LTE version which can be bought through Airtel, and the company has finally decided to dish out a 3G variant now. Both the devices don’t have a lot in common in terms of design however. Now available through Flipkart and Infibeam at Rs 12,490, the 3G model offers a modest set of specifications that includes the Ice Cream Sandwich version of Google’s Android OS and a dual core processor.

To be precise, a 1.5GHz chip finds its way into the phone, backed in its operations by 1GB worth of RAM. Besides, there’s 4GB of internal storage space, but thanks to the Ascend P1’s microSD card slot, users can expand it till up to 32GB. Sized at 129mm x 64.8mm x 7.69mm, it tips the scales at 110 grams. The front of this Huawei smartphone is highlighted by a 4.3-inch Super AMOLED touch panel which throws its visuals out with a qHD resolution of 960 X 540 pixels. An 8MP camera with an AF lens, a BSI sensor and 1080p video recording capability also makes its way into the Huawei Ascend P1, apart from a 1.3MP secondary snapper for video calling purposes. 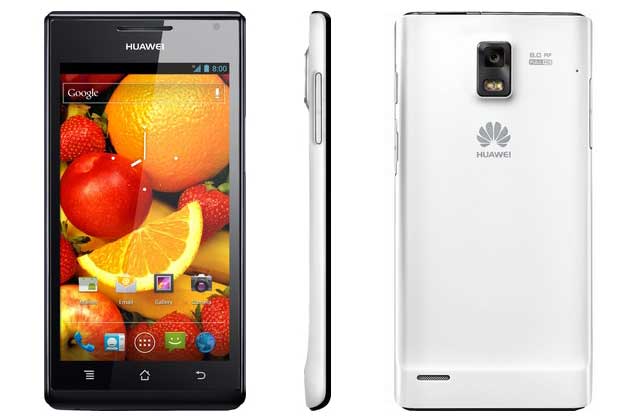 Furthermore, the usual bunch of sensors that include those for accelerometer, proximity, ambient light and gyro can be found inside the device. Unlike most smartphones aimed at India these days, this one is not a dual SIM handset, as it can accommodate just one GSM SIM card. Like we said, the Huawei Ascend P1 3G version can be snapped up now through Infibeam and Flipkart at a price of around Rs 12,490.