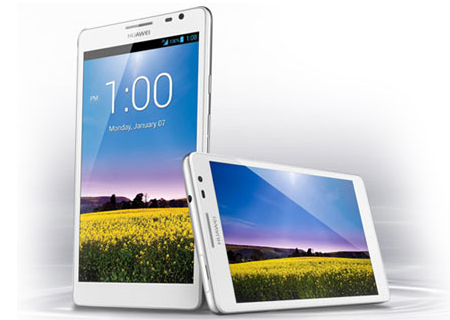 Phablets have been growing in popularity in India and the Huawei Ascend Mate is going to be the latest addition to this segment carrying a large display that’s nearly an inch smaller than 7-inch tablets. The handset hasn’t hit availability status as yet and a couple of online retailers have listed it as coming soon, while the official product page also denotes that other Huawei phones such as the D2 and W1 will arrive shortly.

The Huawei Ascend Mate was prematurely announced back in December and its press shots were later leaked with the two other smartphones mentioned above in January. Following its launch in China, the handset then set its eyes on the UK for £335 last month. Its arrival in India has been anticipated and it looks like the recently announced Galaxy Mega smartphones are in for some tough competition in the phablet category. 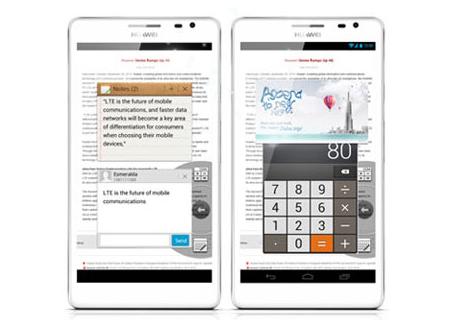 Powering up the Huawei Ascend Mate is the Android 4.1 Jelly Bean platform that comes with a set of exclusive features from the company. First up is Guiding Wizard which utilizes AR navigation technology to provide directions via the phone’s camera. Smart Reading aims to deliver the convenience of looking up keywords through translations, search and Wikipedia options without switching applications.

Then there’s Easy Panel which provides quick access to certain tools like Notes, Messages, Calculator and Video Player from anywhere. Last on the list is the One-Hand UI which offers a compact keyboard and dial pad for easy touch input with a single hand. The Huawei Ascend Mate is expected to go on sale in crystal black and pure white shades.

The 6.1-inch HD IPS+ touchscreen on the front has a Corning Gorilla Glass coating and Magic Touch technology that enables users to navigate throughout the UI with gloves on. Apart from dual cameras, a 1MP front HD webcam and an 8MP rear AF snapper with HDR, the handset is being deployed with a quad core Hi-Silicon K3V2 1.5GHz processor, the Intel XMM6260 chipset, 2GB of RAM, a 4050mAh battery and internal storage of 8GB.

The Ascend Mate hasn’t been officially announced as yet, but potential buyers can keep an eye on Flipkart.com where the phone has been listed with a price of Rs 28,900 and a coming soon label. 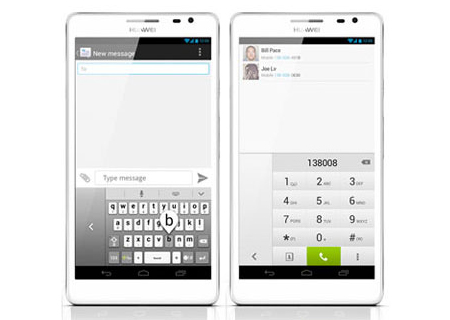