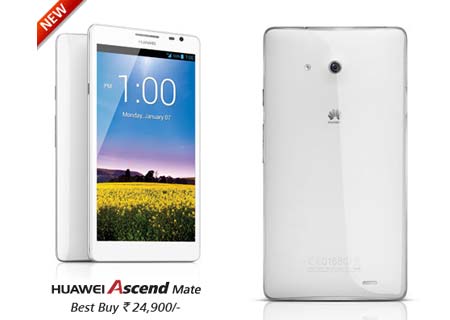 Following the recent appearance of the Huawei Ascend Mate through online retailers, an official price in India has managed to scratch the surface. The large device from Huawei falls in the phablet category and it competes against the latest Mega smartphone from Samsung as well as the Note 2.

The Huawei Ascend Mate first made its appearance earlier this year along with the D2 and W1 smartphones which are scheduled for launch in the country as well. The phone has hit availability status across the globe and it ships with Android 4.1 Jelly Bean onboard. Additionally, the company has coated it with the Emotion UI 1.5. 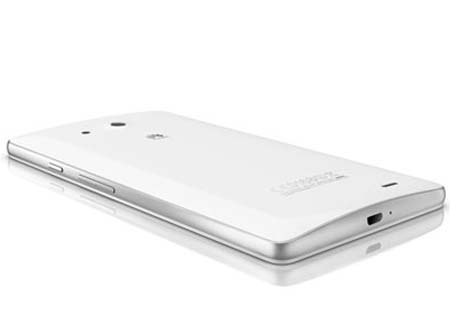 Accompanying it is the Guiding Wizard AR tool and the one-hand UI for added convenience in carrying out certain functions. The 6.1-inch IPS touchscreen delivers visuals in HD resolution and it features the Magic Touch technology which allows users to operate the Ascend Mate with gloves on.

On the hardware front, there’s a quad core Hi-Silicon CPU carrying the load along with a 16 core GPU and 2GB of RAM. The Huawei Ascend Mate has 8GB of storage, an 8MP rear camera with HDR, a 1MP HD front-facing snapper, Dolby sound and dual mic noise reduction with stereo recording.

The Ascend Mate was previously seen on Flipkart for Rs 28,900 and Snapdeal has currently listed it as Rs 27,999. The official rate, however, is pegged at Rs 24,900 on the company’s website which is quite lower than the amounts asked by online retailers. The device will also be available through Infibeam, Shopclues.com and HomeShop18 as well as local retail outlets like Croma and Ezone, in crystal black and pure white shades. 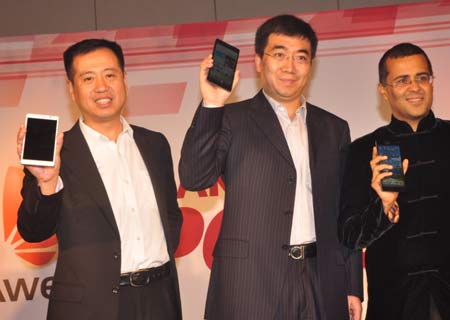