You’ve seen it individually before, and now here you go with some photographs of the Huawei Ascend Mate 2, sitting alongside its precursor. The device in white is the new one, while the one in black is the original Ascend Mate. As can be seen in the images, the size of both these devices is virtually identical which goes on to further strengthen the speculation that the new device too will bear a 6.1-inch display.

The rear of the Huawei Ascend Mate 2 appears to feature a slight curve, which should bless it with a better grip. A slight shift in the placement of Mate 2’s micro USB port can also be spotted. These shots have come via a site named G4Games which claims to have grabbed them from a Sina Weibo account. 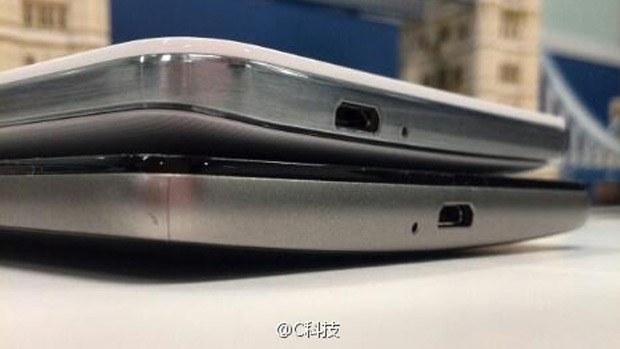 Expected to be revealed at CES in January, the device is being rumored to have grabbed hold of an HD monitor. However, several sources have also speculated the presence of a full HD display which sounds like more credible an option among the two. The Huawei Ascend Mate 2 will apparently gain steam from a 1.6GHz quad core HiSilicon Kirin 910 processor. 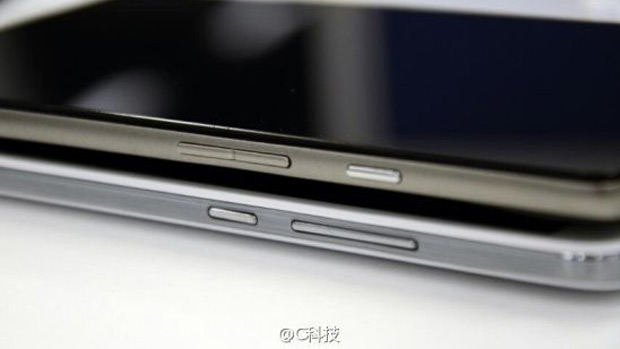 This chipset also proffers the benefits of Mali 450 graphics and 2GB worth of RAM. A 13 MP main camera will form part of its offerings as well, apart from a 5MP front snapper. Right now, Android 4.2.2 Jelly Bean is being believed to be its preferred OS, but it’s highly likely that a newer version will be grabbed by the final model.

We’ll have more on the Huawei Ascend Mate 2 when added details about it are out.