Huawei Ascend II to land via U.S Cellular next week 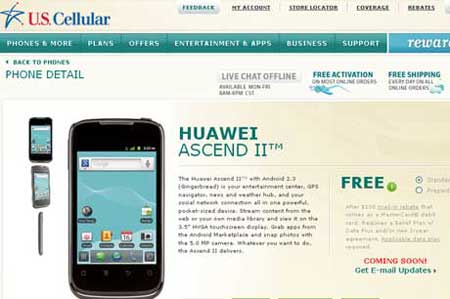 The Huawei Ascend II smartphone will be up for grabs on U.S. Cellular next week. The handset will first be surfacing on the carrier’s official web portal before it is made available in stores. It was in July this year that the Ascend II handset made its debut via Cricket for users.

The device runs onthe Android Gingerbread platform and is powered by a Qualcomm MSM 7627 processor clocked at 600MHz, so users can enjoy multitasking with ease. Additionally, it boasts of a sleek body that measures 4.65 x 2.40 x 0.46 inches and weighs about 4.8oz. The handset wraps in a 3.5-inch HVGA capacitive touchscreen display and embeds a primary 5MP snapper with video recording capabilities. Its onboard memory can be expanded by fitting in a microSD card of up to 32GB. 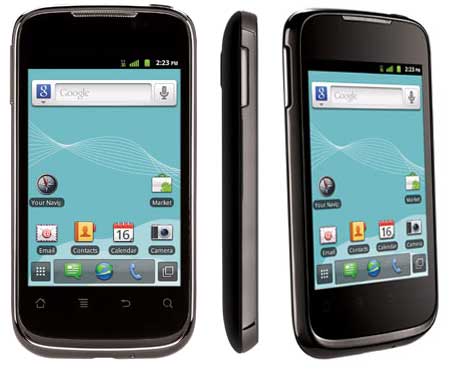 With the basics in place, users can enjoy connectivity proffered by Wi-Fi, Bluetooth and GPS navigation integrated within the device. The handset is fitted with a 400mAh Lithium-ion battery providing the juice for about 300 minutes of talk time or up to 300 hours of standby. Additionally, the mobile phone is complete with dual mics present for noise cancellation, allowing users to deliver clear speech. Internet surfing can be carried out via the Android Chrome web browser incorporated within the handset. Plus, YouTube, Flickr, Twitter and Facebook can be directly accessed from the device for those who constantly want to stay connected with family and friends.

The Huawei Ascend II will surface on the U.S. Cellular website next week and will be obtainable for free after a $100 mail-in rebate with a new two year agreement. The handset should apparently be hitting stores by early January next year.