It was only last week that Huawei revealed two new very attractive smartphones and it could be launching a new device soon as the Ascend GX1 just got certified in China. The upcoming handset is yet another phablet from the company and it has quite a decent roster of features.

The Huawei Ascend GX1 has been revealed online by none other than China’s TENAA which is the country’s equivalent to the FCC. What it does is makes all known information and images available to the public and this has led to many devices getting revealed ahead of their launch. The upcoming Huawei handset will fall in the 6-inch category and offer mid-range specs. 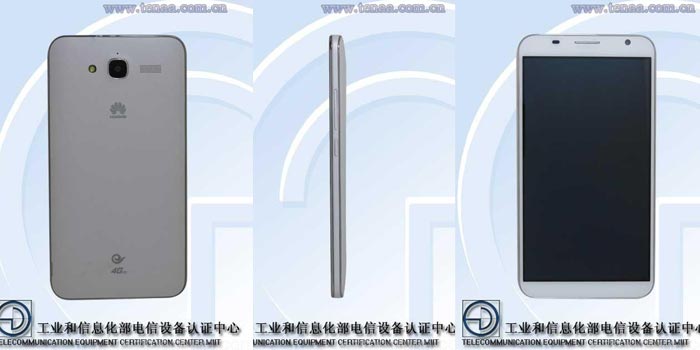 Design-wise, there’s nothing to write home about, but what’s worth mentioning is that the handset doesn’t appear to have capacitive hardware navigation keys and there are slim bezels surrounding the display as well. As you’d expect, a 720p HD IPS display is placed on the front and a 2MP camera is also present.

The rear panel flaunts an 8MP snapper which is accompanied by an LED flash. Coming to the innards, there’s a 1.4GHz quad core processor of unknown make, 1GB RAM, 8GB storage, a microSD card slot and a modem that supports GSM, CDMA and LTE (FDD as well as TD) networks.

Here’s a roundup of the Huawei Ascend GX1’s specs:

GizmoChina is reporting that the Huawei Ascend GX1 will be priced at 1590 Yuan in China which translates to approximately US$255. There’s a high chance that we might see the phone at the upcoming expos and also launch in international markets.

Facebook
Twitter
Pinterest
Linkedin
ReddIt
Tumblr
Flip
Previous articleThere’s also a successor to the Lumia 1320 handset in the works with a 14MP PureView camera
Next articleXolo re-releases Q900s handset in the form of a ‘Plus’ version in India, priced at Rs 7999