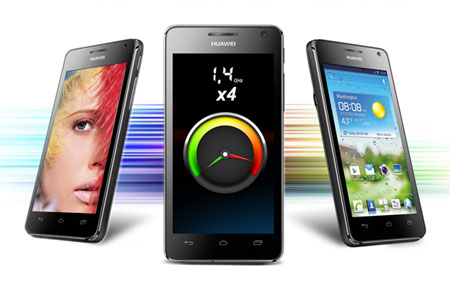 We’ve got a price for the Huawei Ascend G615 which just received an unveiling in Germany, and a rough release date has been bestowed upon the phone. It comes with a quad core CPU and a 4.5-inch HD display. The company announced two high-end devices at this year’s CES – the D2 and the Mate – but so far it has remained relatively silent on any other offerings it might have.

The 4.5-inch IPS display on the Ascend G615 is capable of throwing out visuals at a resolution of 1280 x 720 pixels and 330ppi. Sadly, it will only run Android Ice Cream Sandwich when so many other devices are getting pulled up to Jelly Bean. Connectivity options include Bluetooth 3.0, Wi-Fi and GPS with GLONASS, while there is also built-in Dolby Digital Plus audio technology. 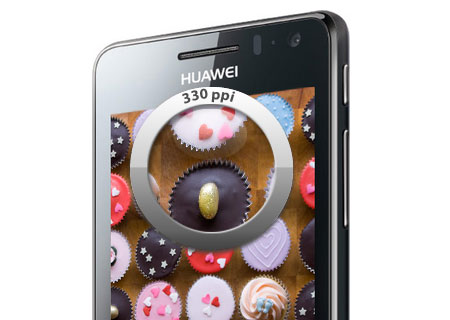 Among its other nice features is an 8MP camera on the rear panel with auto focus and dual LED flash. This snapper also boasts of HDR video, a BSI sensor and 1080p video recording. There is a 1.3MP front-facing webcam to take care of video conferencing needs. The DLNA-certified handset gets a 2150mAh Li-polymer battery that can deliver about 11 hours of talk time on a single charge, it is claimed.

One of the main highlights is the quad core K3V2 processor running at 1.4GHz, and there is even an on-board GPU with 16 cores backing up operations. Internal storage amounts to 8GB, expandable up to 32GB via a microSD card, while 1GB of RAM is also included. And the phone is not so dissimilar from the recently announced G520, except for a few minor differences. 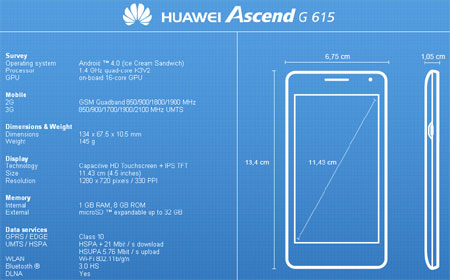 The Huawei Ascend G615 will be made available for €299. Android Community is reporting that the phone will be launched next month in Germany and that Jelly Bean will be applied as an update in March. It will apparently come in shade options of white and black. 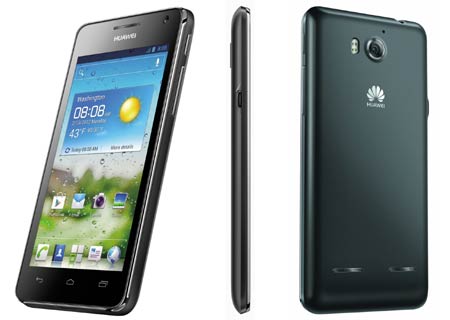