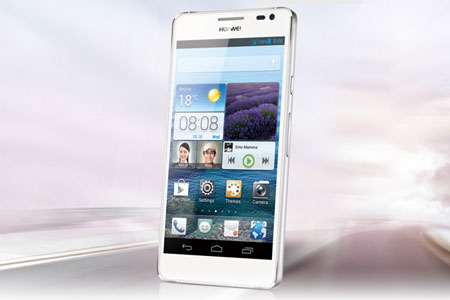 A price for the Ascend D2 in China has been confirmed by two mobile phone carriers in the country. And it isn’t cheap. The Huawei phone received a small bit of unwanted attention before its official unveiling at the CES this year when it was leaked along with the W1 and the Ascend Mate. But soon after, it went official for the region in question.

The D2 will arrive at two of the biggest mobile carriers in the nation – China Unicom and China Telecom. The former has the device listed at 3,780 Yuan, which amounts to approximately $608, while the latter is selling the phone at 3,990 Yuan, which comes to about $642. Now this is no small fee, but the handset does feature some really attractive specs. According to Android Authority, this piece of information has been dug out by the folks over at GizChina who are a little taken aback by the relatively high listing. 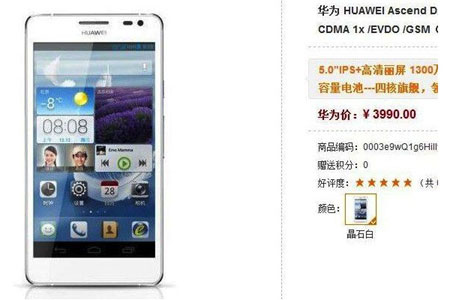 It is based on Android Jelly Bean (version 4.1) and has a 5-inch Super Retina LCD for a screen which is capable of putting out images and video at a resolution of 1920 x 1080 pixels. Continuing on with its hardy internals, the phone will sport 2GB of RAM and have 32GB of in-built memory for storage purposes. At the heart is a quad core processor from Hi-Silicon that ticks at 1.5GHz.

Those who simply must have their fill of photography on a handset will be treated to all the comforts of a 13MP main camera on the back with auto focus and even HDR. There will also be a 1.3MP snapper on the front for video conferencing which can be done over Wi-Fi. Other wireless options include Bluetooth 4.0 and GPS.

Sure, the Huawei Ascend D2 seems a bit expensive. But then again, it does have all those high-end features adding to its value.

We’ve listed out the key specifications of the handset below.