At a press conference in China, Huawei took the wraps off the highly anticipated Honor 6 Plus, but it also showcased a new variant of the Honor 4X which to no surprise, wasn’t given much attention. Nevertheless, the phone is a pretty great device and it features the company’s own 64-bit octa core chipset and a price tag of just 799 Yuan (around $128.83) and above.

Like the original model, this version of the Huawei Honor 4X falls in the mid-range segment and it drops the Snapdragon 410 SOC for the Kirin 620 processor which sports Mali 450 graphics. The phone has some great features where the 5.5-inch display proffers 720p visuals (we would prefer 1080p resolution, but this is acceptable considering the retail amount). 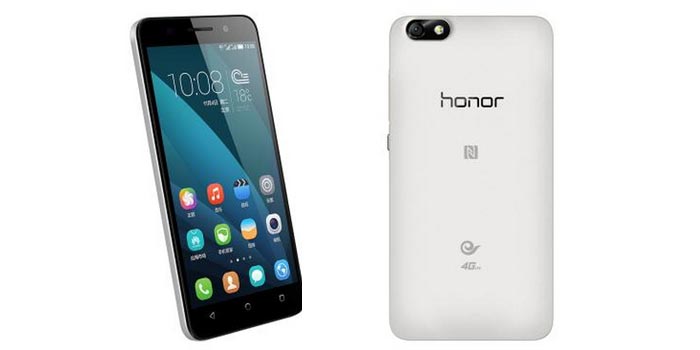 The handset has a pretty attractive design as well, and it flaunts Lollipop-style capacitive navigation keys, but runs Android 4.4 KitKat with the proprietary Emotion UI on top. Well, it should get updated to the new release in the near future. Huawei hasn’t modified any other components apart from the processor, but it’s offering the new model in 1GB and 2GB options.

The phone also comes with dual cameras where the front has a 5MP sensor and the rear a 13MP imager. For storage, there’s 8GB inbuilt memory and a microSD card slot for expansion purposes. What isn’t confirmed here is whether this version will have dual SIM support and also 4G LTE connectivity.

AndroidHeadlines is reporting that the Huawei Honor 4X will go on sale in China from December 24. The aforementioned amount is for the 1GB model, while the handset with 2GB of RAM will cost 999 Yuan (around US$162).