Huawei 4Afrika is the Ascend W1 designed specifically for Africa 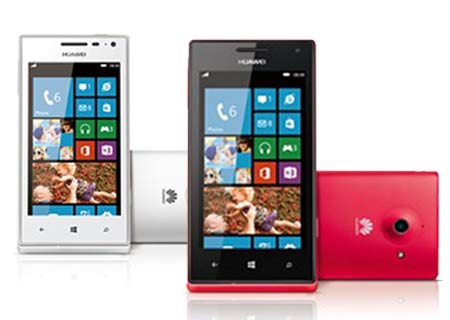 The Huawei 4Afrika is a Windows Phone 8 smartphone that was recently unveiled by the Chinese manufacturer as part of Microsoft’s initiative going by the same name. The handset will be available in several countries by the end of this month.

As per the company, the 4Afrika is simply a variant of the Ascend W1 which was announced at the CES 2013 last month. The handset is said to be specifically modified for the country it’s now heading to, pre-loaded with select applications. The main objective behind the entire notion is to enhance the adoption of mobile devices in the continent and Microsoft plans on making it initially available to university students, developers and new smartphone users, at an affordable rate. 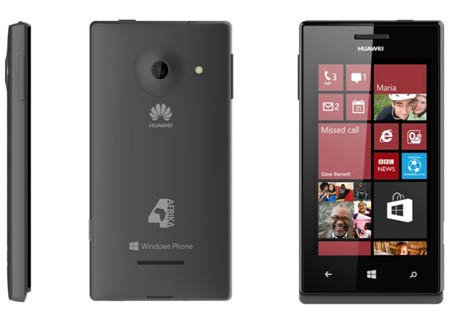 Tucked away within the handset is a dual core Qualcomm Snapdragon S4 MSM8230 SOC that operates at a clock speed of 1.2GHz and packs in the Adreno 305 GPU. The company has also included 512MB of RAM and 4GB of storage along with a microSD card slot. The display employed on the front proffers a resolution of 480 x 800 pixels and is 4 inches wide, designed with the Zero-Gap Touch technology. Lastly, a VGA camera rests above the screen, while the flip side houses a 5MP AF snapper.

Getting the phone up and running is a 1730mAh Li-polymer battery that’s capable of delivering approximately 420 hours of standby or 560 minutes of talk time on 3G, owing to the power saving technology employed here. Coming to the device’s form factor, it measures 10.15mm thick and weighs not more than 130 grams. When launched, the handset will be up for grabs in an array of stylish colors including blue, black and white, while the red variant will hit stores in a couple of months.

A price and release date for the Huawei 4Afrika smartphone hasn’t been disclosed as yet. However, Microsoft does state that it will be available for purchase later this month in several countries including Angola, Egypt, Ivory Coast, Kenya, Morocco, Nigeria and South Africa. Additionally, it is expected to carry an affordable retail cost, bearing in mind that the targeted audiences are students, developers and first-time users. The Redmond giant has already launched various Windows Phone handsets from HTC, Samsung and Nokia in Africa as part of the project. 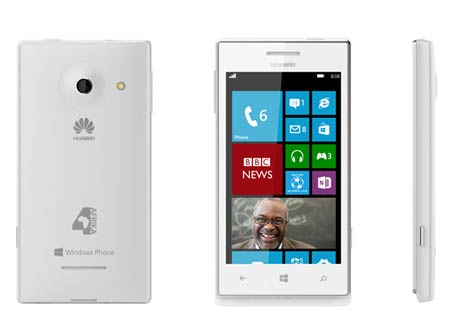 Specifications of the Ascend W1 at a glance: