These superb HTTrack alternative options that we’ve compiled for you are bound to satisfy your web crawling and offline browsing needs. What the said software actually does is that it gives you the ability to download entire sites from the Internet to your computers, so that you’re able to access them even in the absence of an Internet connection. For those with weak and unreliable network connections, this is a definite boon, as even during an Internet outage you can easily continue to browse through your favorite sites to gain whatever information you’re looking for.

The free and open source tool specializes in creating mirrored versions of websites by assembling the downloaded site in such a way that the original link structure doesn’t change. Moreover, it’s also capable of resuming interrupted downloads. It has been written in C, and works great on Windows, Mac, Linux as well as FreeBSD. Surely, it’s quite a wonderful software to work with, but that doesn’t mean its competitors aren’t. The few we’ve gathered in the space below provide similar attributes, while also offering additional features of their own. Here’s a detailed look at them. 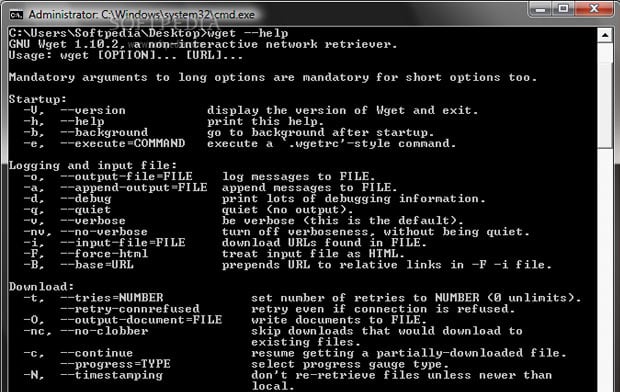 Part of the well known GNU Project, this little tool supports downloading through HTTP, HTTPS and FTP protocols. It’s free of cost, and comprises of various interesting features. These include its capability to use filename wild cards and recursively mirror directories. It is able to run on most Unix-like operating systems as well as Windows and others. GNU Wget has been designed specifically for unstable and slow network connections, and hence is a wonderful tool for those looking to retrieve their frequently failing downloads. An interesting point is that the software has been under development since 1995. 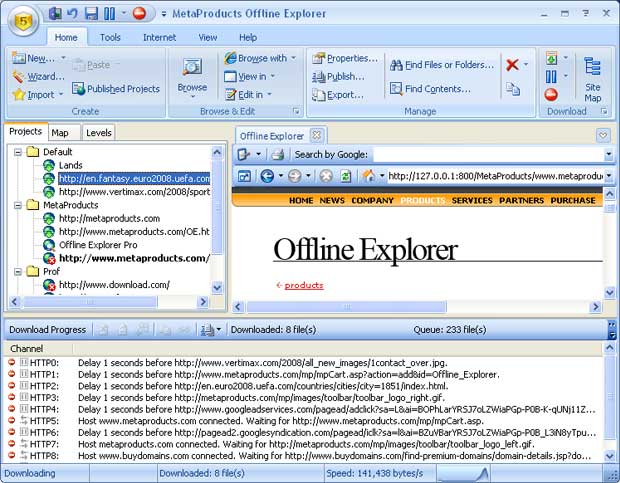 MetaProducts Systems’ Offline Explorer is a worthy program like HTTrack, but it’s a paid download. Its developers however justify its cost by delivering a number of unique features to help you easily access your desired content even without an Internet connection. Its users interface is one of its major strengths, while it even contains its own browser, so you needn’t install any other. Many pages these days, contain Java scripts, Java applets, cookies, post requests, referrers, Cascading Style Sheets, Macromedia Flash, XML/XSL files, Contents files and MPEG3 list files. Offline Explorer is capable of downloading them all, as well as processing them to let you access them offline. 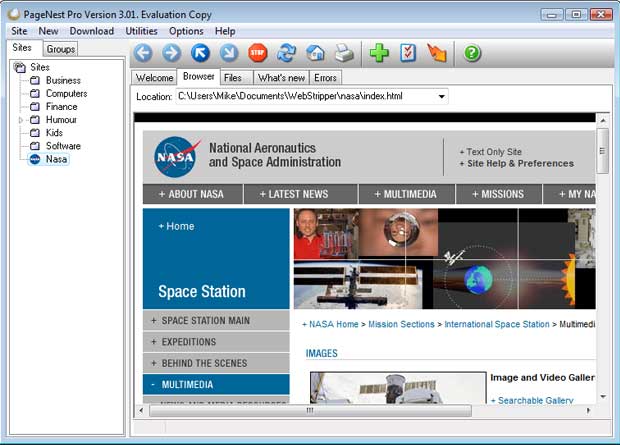 Using its multi-threaded downloading engine, PageNest downloads up to forty files at a time, making the best use of you Internet connection. This way, you get all the files you need, without having to worry about losing your network connection. Once downloaded, all websites can easily be shifted onto other devices, since they’re in standard HTML and JPEG formats. PageNest offers free as well as paid versions for users of Windows 98, Windows 2000, Windows XP, Windows Vista and Windows 7. 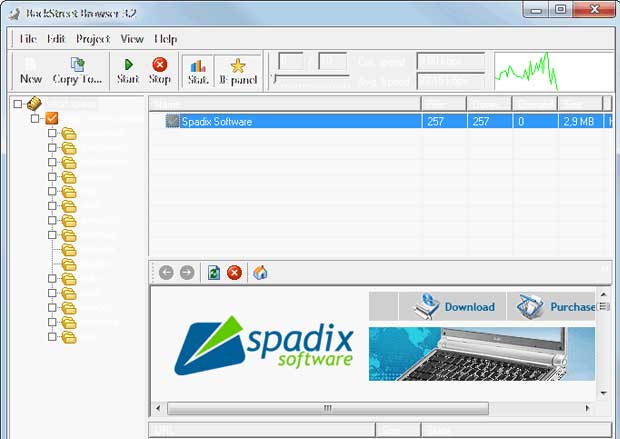 Our next software similar to HTTrack is called BackStreet Browser possesses the ability to download websites in a zipped format. You can then browse through the contents of the site using its built-in offline browser or just unzip them and use the web pages offline like you normally would. Everything from HTML, graphics, Java Applets, sound and other such files are downloaded by the BackStreet Browser and rendered for you to go through. This Windows-only program even features an Update trait which downloads new or modified files. BackStreet Browser can be acquired for free. 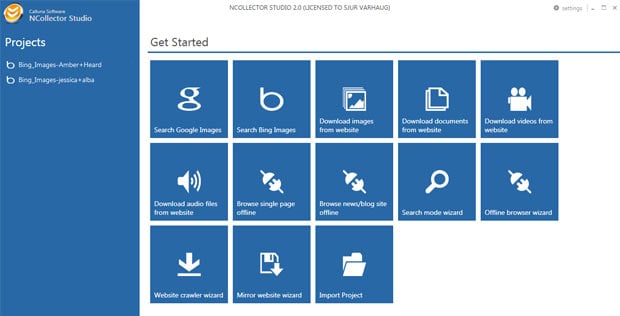 NCollector Studio is a simple software offering all the basic functions you’d want a website mirroring software to possess. It enables offline browsing, website crawling and more. Additionally, it contains search providers in the form of Google Images and Bing Images. It’s a Windows-only tool, and it requires the Microsoft .NET Framework 4.5 in order for it to work. Two versions of NCollector Studio exist, with one being a free version and the other, a paid download which comprises of a few premium features. Even the paid version can be tried out for free for a limited period of time. 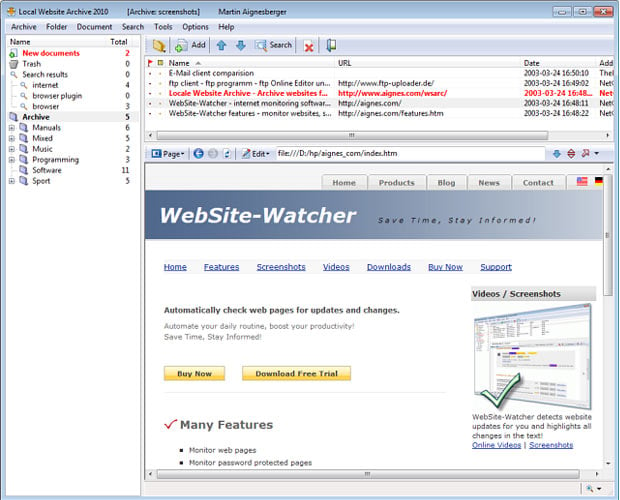 The name says it all; this sixth program like HTTrack which we’ve brought for you today has a knack for working with the Internet Explorer, Firefox, Opera and other IE-based browsers. Moreover, it even possesses the ability to work with online tools like newsreaders, e-mail clients and more. You can even archive PDF documents using Local Website Archive. Another one of its handy features is that it can easily zip files, making it easy for you to email your offline websites to anyone who wishes to access them. This software is available for free, yet there’s even a Pro version with enhanced features.

Our last pick is a Mac exclusive. Well, an Apple exclusive actually, since SiteSucker even has an iOS version of it. It’s completely free to download, and does all the basic tasks you’d want it to. Available with support for five languages, SiteSucker possesses a pretty simple user interface which doesn’t require much learning in order to get used to. Its iOS version performs the same features of downloading offline accessible websites, but on the iPhone, iPad and the iPod Touch. This app however, isn’t free to download; it has been priced by its makers at $1.99.

Conclusion
That’s all for today. We think we’ve gathered enough HTTrack alternative choices for you to go through and select one. We’ve chosen the best ones we know, but it is indeed possible that we might have missed out on some. If you know of any such software feel free to mention its name in the comments section down below.