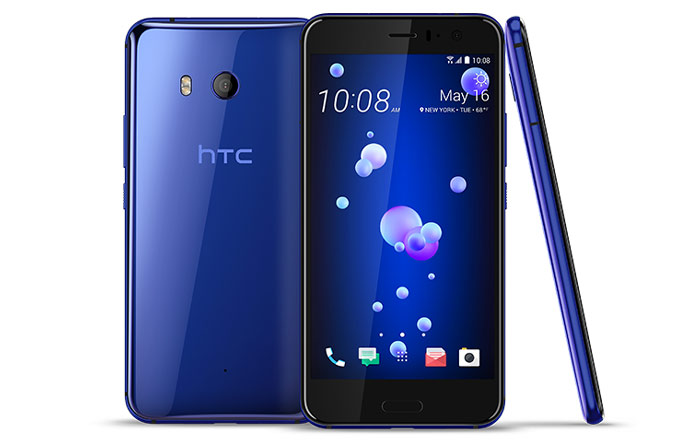 The HTC U11 has finally gotten launched after numerous teasers and intriguing leaks gave away its most unique feature – Edge Sense. The phone’s frame has been laden with pressure-sensitive sensors to allow users to squeeze the sides to trigger various functions.

Tasks can be customized and activated using short or long squeezes. For instance, HTC posits that owners can shoot photos underwater by simply applying pressure to the sides of the handset rather than tapping on the screen. The U11 is IP67-certified, meaning it can survive being dunked up to 1m for 30 minutes.

Edge Sense is limited to opening apps and assistants as of now, serving as a sort-of shortcut button and little else. Speaking of the latter, the HTC U11 has been stuffed with 3 AIs in the form of Google Assistant, Alexa, and the company’s own Sense Companion. This seems to be a bit too much, but it does allow buyers the freedom of choice when it comes to their digital helper.

HTC has carried over the U Ultra’s Liquid Metal design and lack of 3.5mm headphone jacks to its latest flagship. It’s improved its USonic headphones so that they now boast of Active Noise Cancellation in addition to tuning audio specifically for a person’s ear. The device’s BoomSound Hi-Fi speakers are now 100% louder and 150% better when it comes to Dynamic Range Audio.

HTC claims that the phone is the highest rated smartphone camera in DxOMark ever thanks to its score of 90. It’s thrown a lot of features at the device’s 12MP UltraPixel 3 shooter including lag-free Auto HDR Boost, Temporal Noise Reduction to output clear videos, UltraSpeed Autofocus for DSLR-esque focus speeds, OIS, and EIS.

Specifications of the HTC U11:

You can pre-order the HTC U11 via the brand’s site and Amazon. Early birds are set to get two free Amazon Echo Dots. The handset is priced at $649 (roughly Rs 41600) and will hit availability on June 9.