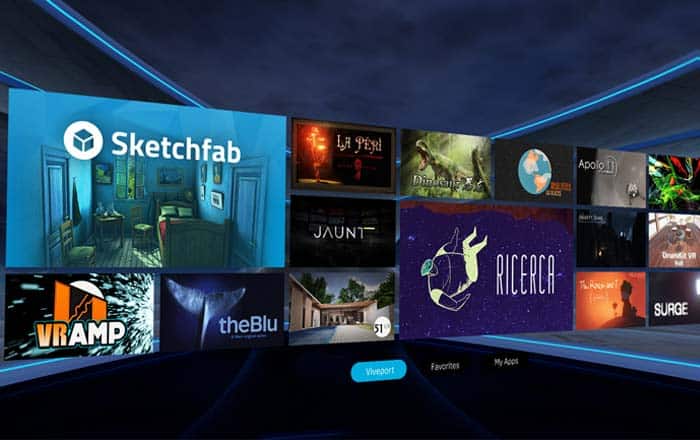 HTC is moving beyond the Steam platform by announcing its own Viveport VR app store for the Vive which will come out this fall. It’s planning to launch a global developer beta soon before diving into a full rollout.

To recap, the HTC Vive was launched earlier this year in association with Steam. The latter is generally seen as a gaming-focused platform which might limit the kind of users it attracts. The new Viveport store is meant to counter this image by projecting itself as more of a general-interest alternative which will be accessible via PCs and phones as well.

Accordingly, Viveport will offer content for categories such as social media, 360-degree videos, health, travel, edutainment, news, information, shopping, health, and travel. The company is also planning to release an update to Vive Home which will introduce interactive widgets and make the space more customizable.

HTC seems to be intent on projecting the Vive as a family-friendly entertainment system rather than just a gamer’s stronghold. It’ll be interesting to see how consumers respond to the Viveport given the presence of the very popular Steam. The former was initially launched in China as an alternative to the latter since it wasn’t that well-known there.

Having two platforms existing side-by-side should ultimately benefit users who will be spoilt for choice. It should be noted that Steam does offer non-gaming titles like Apollo 11 and Tilt Brush. However, games have always been its forte.

Interestingly, the new Viveport will apparently be open to Samsung Gear VR and Oculus Rift owners at a later point in time. HTC is supposedly looking to establish the store as an all-encompassing VR content destination rather than just a Vive-exclusive platform.