Original story
While HTC fans in India are most certainly awaiting the One M9’s arrival, another flagship phone will be making its debut soon as the Desire 826. The new mid-range handset will take over duties from the popular Desire 820 and will retail for around Rs 26200 when launched.

The news of the HTC Desire 826 making its debut soon in India comes from Mahesh Telecom who notes that initial stock will arrive in a couple of days. The company’s country specific website also backs this information with a ‘coming soon’ label on the smartphone. Speaking of which, the device was launched back at the CES 2015 expo along with the Desire 320. 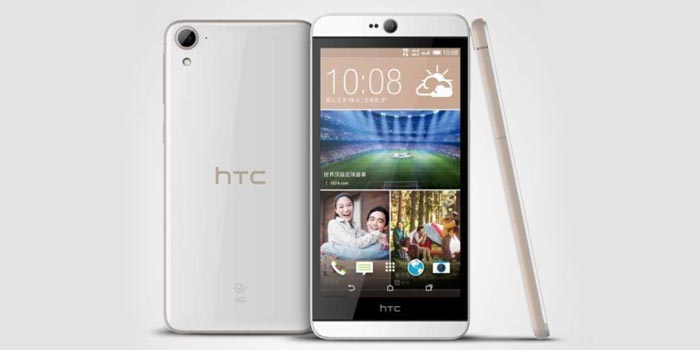 While the upcoming phone isn’t as appealing as the other HTC devices we’ve seen recently, it could end up as a viable pick in the mid-range, especially against the Samsung Galaxy A7. The handset is a 5.5-inch phablet which packs a 1080p FHD display. Along with high-res visuals, you also get BoomSound stereo speakers.

And there are pretty nice cameras as well, with the front being an UltraPixel sensor and the rear sporting a 13MP shooter. The Desire 826 also has a 2600mAh battery and a 15GHz octa core 64-bit processor from Qualcomm. Other features of the phone include 2GB RAM, 16GB storage and 4G LTE connectivity.

The aforementioned price for the HTC Desire 826 is what the local retail is quoting and the main retail amount from the company will most likely be a bit higher.