It looks like HTC will soon release its Desire 620G dual SIM phone in India as multiple retailers are already offering the device for purchase online. The phone is priced at Rs 15900 and it’s the 3G variant of the 620 handset that went official in Taiwan earlier this month.

The original device also supports LTE connectivity and is scheduled to reach Europe early next year. And while we expect to see the HTC Desire 620G get an official launch in India soon, the 4G model is most likely to make its debut at the same time. The only major difference between the two smartphones is in the processors used. 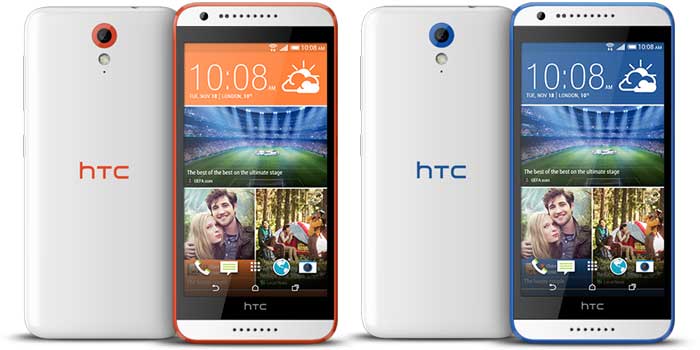 The handset in question comes with the popular 1.7GHz octa core MediaTek chip based on the Cortex A7, while the LTE version is powered by a 1.2GHz quad core Snapdragon 410 SOC that’s 64-bit enabled. There also a difference in supported external memory as the Desire 620G only supports up to 32GB microSD cards and the other variant is compatible with up to 128GB.

Design-wise, both phones are identical and they also share a lot of common features. The company has preloaded Android 4.4 KitKat and is throwing in its Sense UI. Visuals arrive through a 5-inch HD display and there are dual SIM card slots as well. Other features of the handset include a 2100mAh battery, a 5MP front camera, an 8MP rear shooter, 1GB RAM and 8GB storage.

Flipkart, Snapdeal and The Mobile Store amongst other retailers are already offering the HTC Desire 620G for purchase.