HTC has unveiled its One M9 flagship smartphone, but there are still devices in the rumor mill awaiting launch, the A55 and One M9 Plus being the most prominent. And while we still don’t know when these smartphones will officially make their debut, new leaks have provided more information.

Let’s start with the HTC One M9 Plus which is said to be a beefier version of the current flagship. Images of the device have made their way online giving us the first look at the handset. PhoneArena notes that the pictures come via China’s Weibo and show a larger One M9 with a physical button on the front. 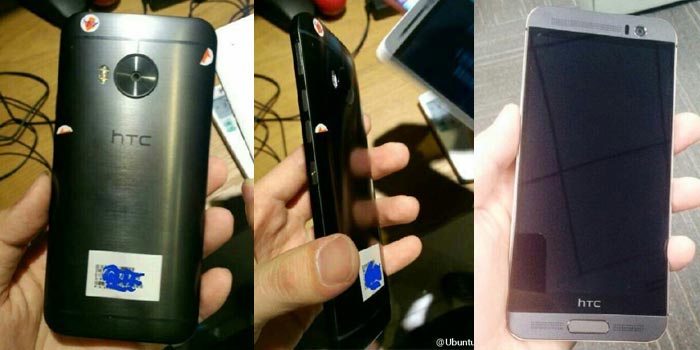 Considering that the space besides the button is taken up by the speaker grille, we highly doubt that this will end up being a home key, but it could just be a fingerprint reader instead. HTC will likely offer on-screen navigation buttons. Also, there’s a new camera housing on the rear which is rather large.

Where specs are concerned, the device will have an octa core MediaTek processor, a 5.2-inch WQHD display, 3GB RAM, 32GB storage and a 20.7MP rear camera. More information on the phone can be found at this link. Coming to the A55 phablet, leakster Upleaks is reporting that the device will not be a new Desire flagship, but the One E9 for the Chinese market.

As mentioned above, there’s no word on when the HTC One M9 Plus and One E9 will go official. Both phones will most likely make their debut in China first.