If you’re looking for a great smartphone, nothing too expensive and high-tech, then HTC’s One M7 is a worth taking a look at. The handset is on sale in the US at a discounted price of just $199.99 and it comes sans any contract, but you’ll still have to deal with a carrier-lock.

The HTC One M7 can be picked up through Best Buy for the aforementioned amount, notes Droid-life, and you’ll have to choose between Verizon, AT&T or Sprint since the handset isn’t unlocked. Also, only the blue variant has been listed with the reduced retail tag and not the other options. Nevertheless, this is one deal we wouldn’t ignore. 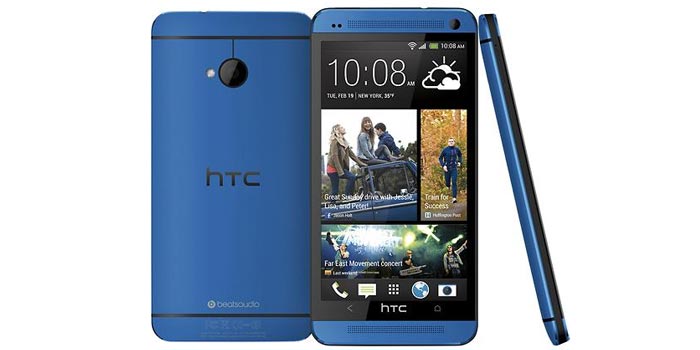 The One M7 smartphone is soon going to be 2-years old, but it’s still a very powerful device. The phone offers a great design made entirely from metal. A 4.7-inch 1080p Gorilla Glass 2 display and dual BoomSound speakers are on the front along with a 2.1MP camera, while the rear has the UltraPixel snapper with OIS.

The phone comes with 32GB of internal storage and 2GB RAM. The 1.7GHz quad core Snapdragon 600 SOC powers it up along with a 2300mAh battery. And while Android 4.3 Jelly Bean is preloaded, HTC has promised to release an update to version 5.0 Lollipop very soon.

Here’s a roundup of the main specs of the HTC One M7:

Head over to this link to purchase the off-contract HTC One M7 at the discounted amount.