A new Android phone has been leaked dubbed HTC Zara, which we’re assuming is the codename for the upcoming handset. Along with press shots of the device, key specifications have also managed to hit the web. And by the looks of things, this addition will fall in the mid-range segment like the Desire 600, but with the inclusion of newer software.

According to details provided by the highly reliable leaker, @evleaks, on his Twitter account, the HTC Zara is destined to launch with Android 4.3 Jelly Bean on board. Also, there has been a mention of the Sense 5.5 UI. So far, the company’s flagship has been confirmed to receive an update to the latest platform and what changes the upgraded interface will introduce is anyone’s guess (we’re still hoping for an off switch on BlinkFeed). Specifications-wise, the handset will feature a dual core MSM8930 1.2GHz processor, a 4.5-inch qHD touchscreen, a 2100mAh battery, 1GB of RAM, 8GB of flash memory and an 8MP rear-facing camera. 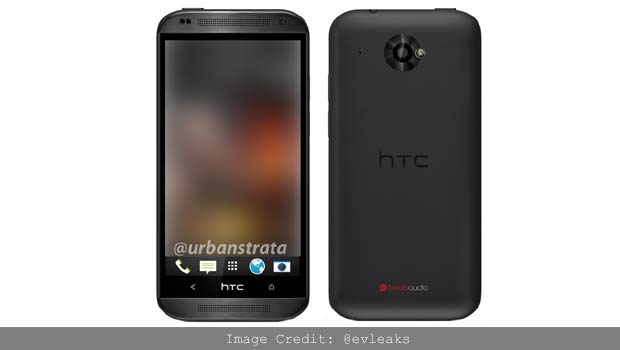 Where the design is concerned, the HTC Zara looks quiet appealing. It features the same button layout as the current flagship, which is the company’s logo at the center with back and home keys on the sides. The front appears to have a brushed aluminum finish and it carries a webcam as well as Boom Sound stereo speakers. The rear, on the other hand, looks to be crafted from polycarbonate with soft-touch paint.

It’s a bit early to speculate a price and release date for the HTC Zara. However, the leak does note the possibility of it arriving sometime during Q4 of this year. So, chances are that we might just see the device go official at the IFA 2013 next month along with 2 Windows tablets and the One Max phablet.