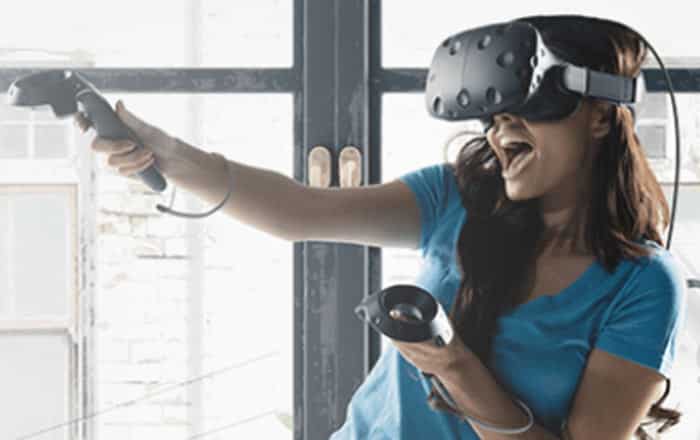 HTC is apparently working on a brand new version of its popular Vive VR headset going by a tweet posted by frequent leakster LlabTooFeR. He also claimed that the device has the codename Oasis among insiders.

Unfortunately, the tipster revealed little else about the upgraded Vive. A separate TechCrunch report was a bit more forthcoming in terms of details. HTC SVP of Virtual Reality Rikard Steiber told the site that new iterations of the headset are on the way. These new offerings have a high chance of featuring form factor updates.

Steiber also mentioned that the Vive is going to evolve without actually specifying how. He further spoke at length about how he thinks the virtual reality sector will go, asserting that 2016 is year one in terms of VR experiences and the sheer scale of advancement will likely translate to annual innovation cycles.

Steiber went on to detail HTC’s virtual reality strategy for the next few months. The company is looking to aggressively move forward with providing VR experiences in China and Taiwan via arcades. Such an endeavor will probably require specialized peripherals such as steering wheels and weapons.

HTC also plans to roll out Vive devices with an enhanced design factor and performance at the arcades. A spokesperson for the brand later clarified that these headsets are related to the current business edition Vive hardware.

The HTC Vive came out in April this year priced at a hefty $799. It mainly competes against the Oculus Rift in the VR space, though new entrants like the Sony Playstation VR are also battling it out to gain supremacy within the market.