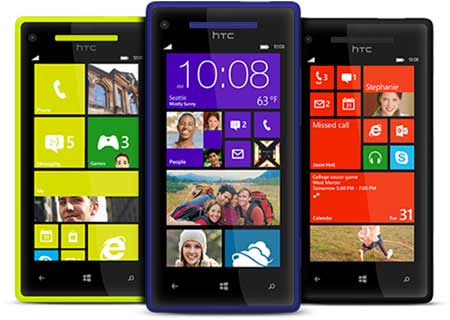 With Nokia launching its flagship Lumia 920 handset on November 2 in the US, the HTC Windows Phone 8X release date is scheduled for around the same time as the former. This new smartphone aims to make the most out of Microsoft’s latest mobile OS by implementing a dual core processor, an HD display and a ‘world-class camera,’ not to mention the Beats Audio enhancement.

Claimed to be one of the first ‘signature Windows Phones,’ the HTC 8X is designed with a uni-body form factor measuring 132.35mm x 66.2mm x 10.12mm and it weighs not more than 130 grams. As anticipated, a Qualcomm Snapdragon S4 dual core processor with clock speeds of 1.5GHz takes charge along with 1GB of RAM. The WP8 platform runs the show through a 4.3-inch super LCD 2 display with an HD 720p resolution and a protective coating of Corning Gorilla Glass. 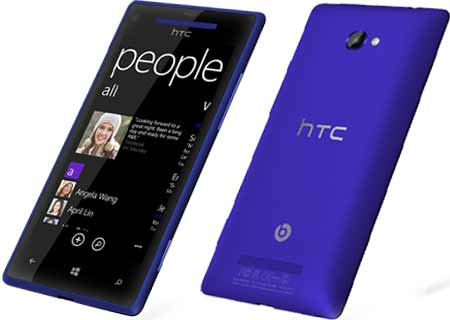 “Pairing HTC’s beautiful new Windows Phone 8X and 8S with our brand is a big milestone for both companies,” expressed Steve Ballmer, CEO of Microsoft. “Together we are offering customers a clear choice and a truly unique experience. I’m thrilled to take our longstanding partnership to the next level.”

A 2.1MP camera is fitted to the front for video chats, while the internal storage capacity amounts to 16GB. The primary snapper on this device has a 28mm 8MP AF lens with a BSI sensor and an f2.0 aperture backed by a dedicated HTC ImageChip and LED flash. Users will have access to 2G and 3G networks through a micro SIM slot along with other connectivity features such as GPS with GLONASS, NFC, Bluetooth 2.1+ EDR and Wi-Fi 802.11 a/b/g/n. The phone is powered by an 1800mAh Li-ion Polymer battery. 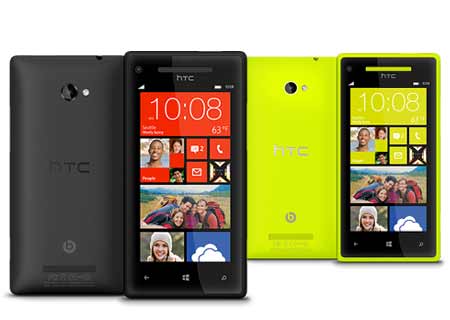 The HTC Windows Phone 8X release date is scheduled for November, as stated above. The handset will be available in the US through AT&T, T-Mobile and Verizon as well as Europe, Asia-Pacific, Singapore and Australia.