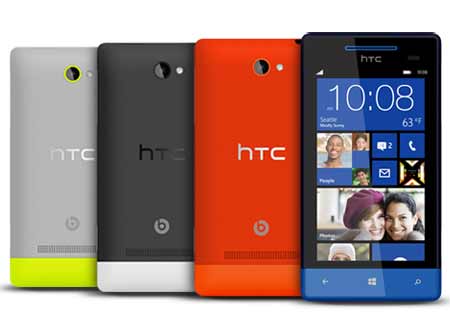 Along with the 8X smartphone launch, the HTC Windows Phone 8S release date is scheduled for November with aims to stiffen the competition faced by the new Lumia handsets. The device in question arrives proffering a decent list of specifications aimed at fulfilling the needs of the mid-end segment.

A 4-inch super LCD touchscreen with WVGA resolution sits pretty on the front featuring a layer of Corning Gorilla Glass for enhanced durability. The innards are filled up by a dual core Qualcomm Snapdragon S4 processor clocked at 1GHz, 4GB of integrated storage for hoarding content and 512MB of RAM. The rear is dominated by a 5MP f2.8 AF camera with LED flash and HD video recording.

“We’ve been inspired by Windows Phone 8 to create new smartphones that give the platform the iconic design and personality it deserves,” expressed Peter Chou, CEO of HTC Corporation. “Windows Phone has clearly emerged as one of the top mobile ecosystems and is competitive against any other smartphone platform in the world.” 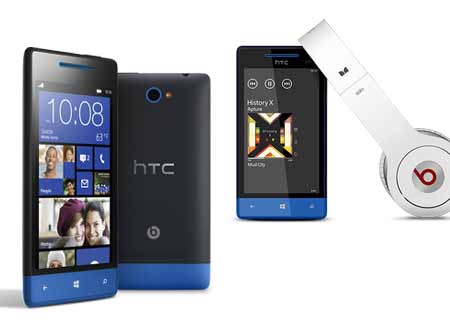 Where connectivity is concerned, the device incorporates Bluetooth 2.1 + EDR, Wi-Fi IEEE 802.11 b/g/n and GPS with GLONASS. The 8S is a tad thicker than its high-end sibling, measuring 120.5mm x 63mm x 10.28mm in dimensions. However, this phone is lighter than the 8X, with a weight of 113 grams including the battery. The smartphone is sculpted around a uni-body design that’s said to arrive in a wide variety of shades including domino, fiesta red, Atlantic blue and high-rise gray.

The HTC Windows Phone 8S price details haven’t been officially unveiled as yet. The handset’s release date is scheduled for November, as noted above.