A new mid-range HTC smartphone has made its appearance online and the device goes by the model number WF5w. The phone has been certified by China’s TENAA regulatory and images as well as specs have been posted on its website.

We’ve already heard of two upcoming HTC phablets, the A50A and A50C and the newly spotted WF5w looks to be quite similar where hardware is concerned. Nevertheless, they could very well be different phones altogether or even designed for specific markets.

The upcoming HTC handset will join the Desire series and that’s clearly evident from its design. Speaking of which, the rear panel looks just like what you’d expect, but the front appears to be something new and unseen on any other device from the company. 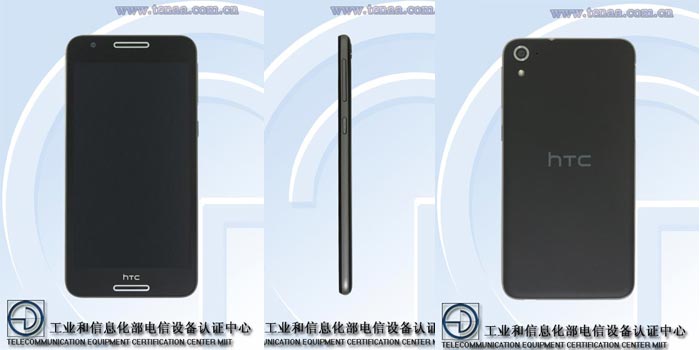 Like most mid-range options, the WF5w will also have dual front-facing BoomSound speakers and the grille design is different from what we’ve seen before. Also, the handset is pretty slim at 7.49mm and it will carry some interesting hardware.

Also read: OnePlus has something to reveal on June 1, is it a new flagship?

The biggest surprise of all is that the display which is a 5.5-inch 720p screen is listed as an AMOLED panel on the TENAA website. If this is true, it would be a first from HTC. Additionally, the handset will run Android 5.0 Lollipop and be powered by an octa core processor.

Apart from new smartphones like the WF5w, HTC is also working on an entry-level tablet called the H7. There’s no word as yet as to when these devices will be released.